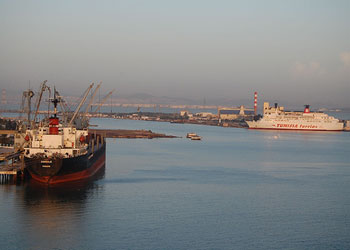 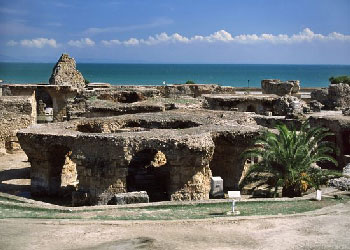 Just a 5 mile cab or coach tour ride up the coast from the port takes you to the fascinating Ruins of Carthage. The city was founded in the Phoenicians in the 9th century BC, and became a leading Mediterranean port. Because of rivalry between Carthage and Rome (it was Hannibal and the Carthage army who crossed the Alps with elephants), the city was sacked by the Romans in 146BC. See the extensive Antonine Baths, the large amphitheatre, the impressive La Malaga cisterns, and the Tophet, once a site of child sacrifice. 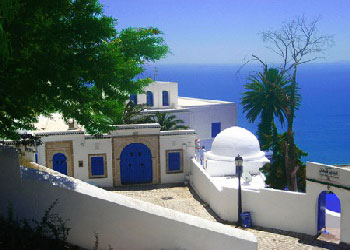 The picture-perfect village of Sidi Bou Said clings to a hill above the sparkling Mediterranean, so unsurprisingly it’s often called the Tunisian Santorini. The town’s whitewashed houses, dotted with colorful blue shutters and doors, cluster beside narrow cobblestone streets and alleys. Be sure to stop for a snack at one of the stunningly situated cafes at the top of the hill, which offer lovely views over the Gulf of Tunis. The town lies just past the ruins of Carthage, but note that the walk from the coach park to the village is a 15 minute uphill hike. 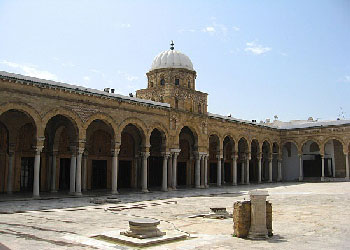 The French destroyed the walls of Tunis Medina (Tunis's Old Town) but the complicated maze of narrow streets and ancient buildings still remain. A popular attraction in the Medina is beautiful courtyard of the 9th century Ez Zitouna Mosque, or Mosque of the Olive Tree (Non-muslims are barred from the interior). 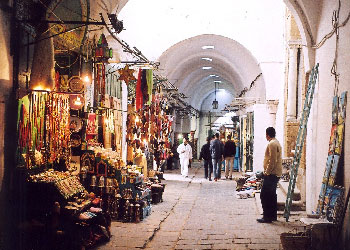 At the center of the medina you’ll find a large complex of high vaulted Souks, built in the 13th century. Let your senses enjoy the myriad colors and smells of the stores, which sell carpets, camel leather shoes, silver jewelry, exotic spices, unique ceramics and much more. 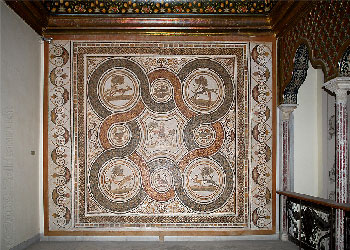 The Bardo Museum, situated in the suburbs of Tunis, houses perhaps the finest collection of Roman mosaics in the world. The intricately designed mosaics, many from nearby Carthage, are excellently preserved and evoke the magnificence of the Roman era.