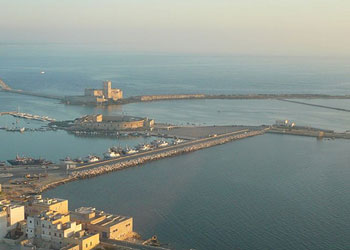 Aerial view of the port of Trapani, Italy 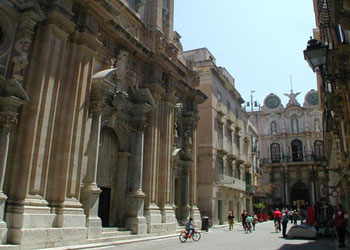 Trapani’s atmospheric Old Town straddles the peninsula on the northern side of the port. One possible itinerary for your walking tour is to start at the magnificent baroque Palazzo Giudecca. Continue westwards along Corsa Italia, visiting the Franciscan church of Santa Maria del Gesù. Reach the end of Corsa Italia, marked by church of Sant’Agostino. On the piazza beneath the church idle a while by the attractive Fontana di Saturno. Continue westwards a few paces and you’ll arrive at the start of Corso Vittorio Emanuele. Pass the magnificent Chiesa del Collegio and the imposing Cathedral of San Lorenzo. If you have sufficient energy left, carry on right until the end of the promontory to see the 14th century Torre de Ligny, where you’ll enjoy fantastic panoramic views across the sea. 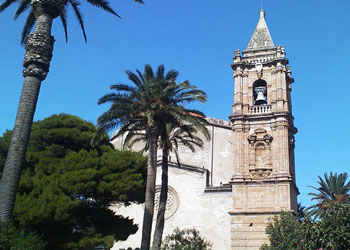 The magnificent basilica Santuario dell'Annunziata (also called Madonna di Tràpani) lies slightly to the east of the port. This richly adorned church was originally built in 1315-1332 and then rebuilt in the 1740s. It houses a superb marble statue of the Madonna of Tràpani, attributed to Nino Pisano. 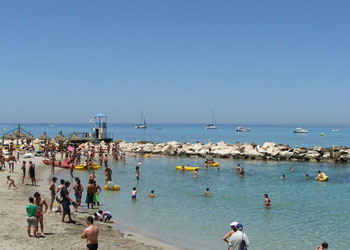 There are a whole string of beaches on the north side of the old town. Perhaps the best is Paradiso Beach. The fine sand shelves into a calm blue sea, perfect for swimming. There’s no natural shade on the beach, but you can always retreat to one of the many bars and restaurants by the coastal road. 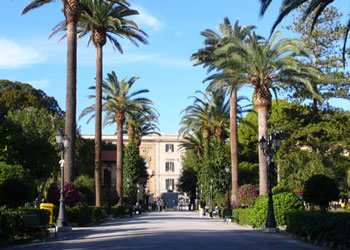 After a hot and dusty tour of Trapani, here's an idea. A relaxing wander through the green surroundings of the town’s park, Villa Margherita. The park boasts wide avenues flanked by enormous palm trees, and many benches, perfect for a picnic. 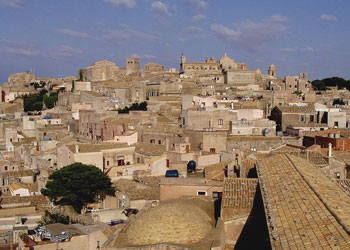 Erice is a beautiful well-preserved medieval town perched high on a hill above Trapani. The town’s narrow winding cobble streets lead to some beautiful sights like the Porta Trapani, the Porta Spada, the Venus Castle, the Pepoli Castle, the San Domenico church, the San Giuliano church and the Balio gardens. The town can be reached from Trapani by bus or cable-car.