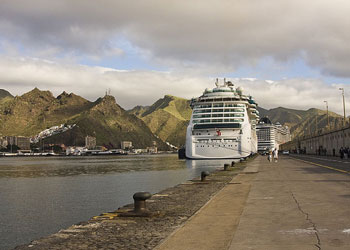 Cruise ships dock at Santa Cruz, the capital of Tenerife. 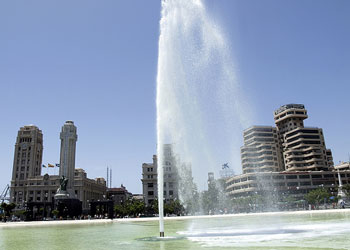 Just a stone's throw away from the port lies the Plaza de Espana. This impressive space has been recently redeveloped into single circular water basin, a huge paddling pool for young and old, with a geyser-like fountain at the middle. Four pavilions, with a tourist information office, retail space, and a café and bar are nestled in the Plaza’s fabric. 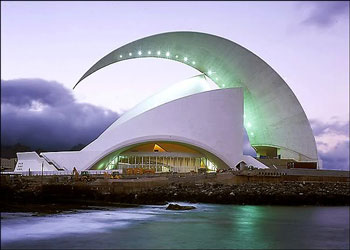 A short distance along the waterfront from the Plaza Espana stands the Audtiorio de Tenerife. The majestic profile of the auditorium has become an archictectural icon of the city of Santa Cruz. Constructed in 2003, the building has a shape of sails atop white rolling waves. The exterior has two terraces which overlook the sea, and inside you'll find a welcoming cafe and bar. 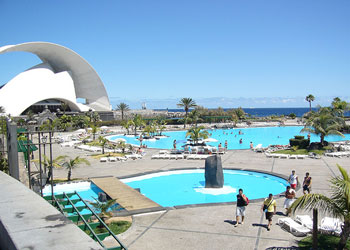 Next to the Auditorium sits the Parque Marítimo César Manrique, a popular water park. Jump in a swimming lagoon, sit beneath a waterfall, lie in the sunshine, or have a snack in the restaurant. 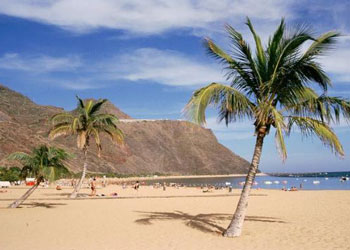 Playa de la Teresitas is situated about two miles north east of the port, and is easily reached by a short bus ride from the center of Santa Cruz. The beach itself is a beautiful curve of golden sand (mostly imported from the Sahara!). After you've tired of sunbathing and swimming, there is a good choice of beach concessions and bars nearby. 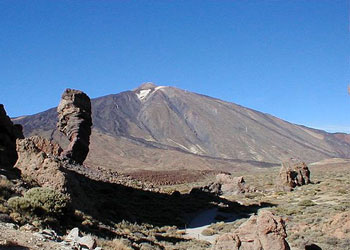 Piercing the sky at a huge 12,402 feet, Mount Teide in Las Canadas National Park is Tenerife's most photographed landmark and the highest mountain in Spain. A cable car ride will take you within 200m of the summit (it is dangerous to go further), but be prepared for firstly the cold, and secondly a pervasive stench of rotten eggs. The park is about 2 hours by coach from Santa Cruz.