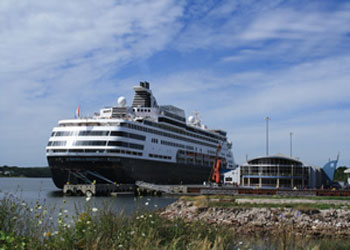 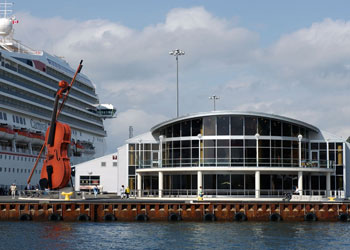 The attractions at the Joan Harriss Cruise Pavilion include a Cape Breton tourist information point, a large craft market, the Cape Breton island exhibition center, an art gallery, the Lighthouse theater, and an internet café. There’s also a homely ceilidh fiddle bar where, on cruise ship days, you can listen to some lively jigs and reels as you relax with a drink. At the front of the pavilion stands the world’s largest fiddle, the Fidheal Mhor A’ Ceilidh, a perfect prop for a memorable photo! 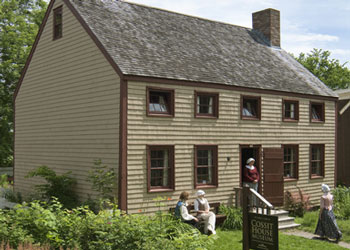 Cossit House is the oldest house in Sydney, built in 1787 by Ranna Cossit, an Anglican minister posted to the British colony of Cape Breton. The house is now furnished in line with the 1815 inventory of Cossit’s estate, and offers a fascinating insight into the early years of the town. The house is a 5 minute walk inland from the cruise terminal. 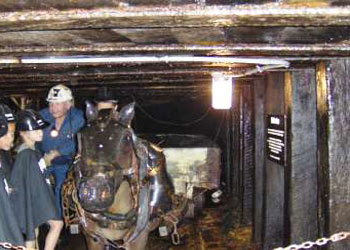 The Glace Bay Miners Museum takes you back to the time when coal was the life-blood to Cape Breton industry. The highlight of a visit is the descent into the ground to an old coal mine, complete with terrifying descriptions of the hardships suffered underground by the miners. From the museum it’s also possible to walk along the coast round the headland, a trail which affords beautiful ocean views. The hourly #1 Bus service runs between Sydney and Glace Bay, though it is a 20 minute walk from the Glace Bay terminus to the museum. 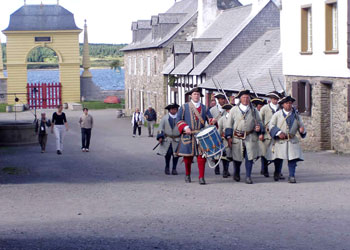 The most popular excursion from Sydney is the Fortress Of Louisbourg, a fabulous living-history attraction which recreates a day in 1744, when Britain and France are at war, and the Fort is a far-flung French outpost on the Atlantic. Louisbourg is about 35 miles southeast of Sydney, and travel options include ship’s tour, a private tour or car rental. 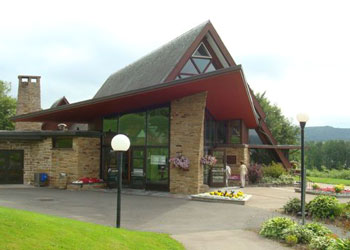 The Alexander Graham Bell Museum in Baddeck celebrates the numerous creations of one of the most prolific inventors of all time. Interactive exhibits, displays, videos, models and a large photo collection both inform and entertain the visitor. After touring the museum picnic on its grounds which look over the beautiful Bras d’Or Lakes. Baddeck is about 40 miles west of Sydney, and travel options include ship’s tour, a private tour or car rental.