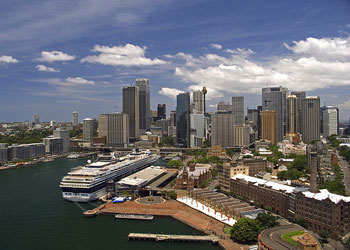 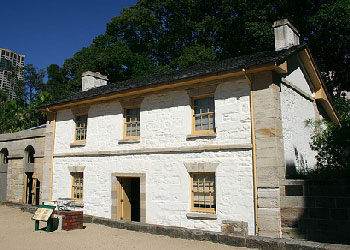 The Rocks is the oldest part of Sydney, and several of the structures here are nearly as was, like the Merchants House, Campbells Storehouse, Susannah Place and Cadman’s Cottage. Integrated into this historical area, the tourist will see restaurants, cafes, galleries, shops and bars. The Rocks area is next to Circular Quay. 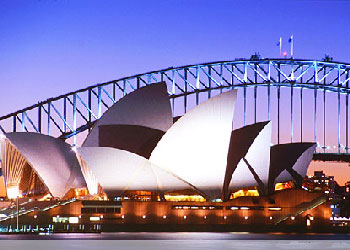 Sydney Opera House, positioned on Bennelong Point on Syney Harbour, is thought by many to be an architectural marvel. Designed by Jørn Utzon and built under much controversy, it was opened in late 1973. If your itinerary allows, watch an opera, a concert or a ballet.. The Opera house is a quick walk along the waterfront from Circular Quay. 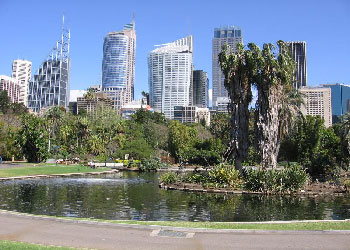 The beautiful Royal Botanic Gardens is an oasis of greenery set between the ocean and the urban center of the city. A trail leads around the harbour front, offering fine views across Sydney Harbour and Farm Cove. 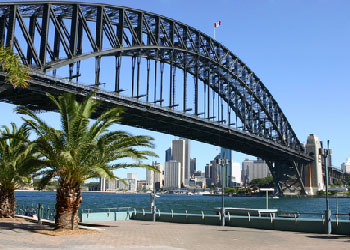 Pedestrian access to Sydney Harbour Bridge is easy thanks to a walkway which runs alongside the road. Call at the Pylon Lookout on the southern end of the bridge to enjoy a fascinating display on how the bridge was built. If you’re not frightened of heights book the Sydney Harbour Bridge climb, a 3 ½ hour expedition to the very summit of the bridge. The outing leads you up girders, ladders and catwalks at day or night. 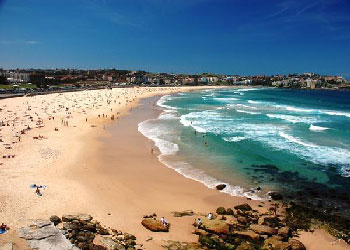 Bondi Beach is famous the world over as as Australia's most popular beach. During summer Bondi is a center for sun, fun and surf. The sandy beach has a magnificent outlook onto a wide crescent shaped bay of deep blue ocean. Bus no 380 from Circular Quay takes forty-five minutes to Bondi.