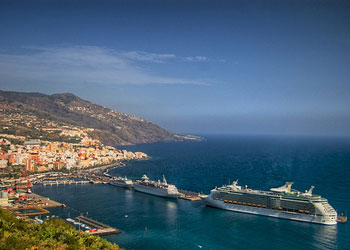 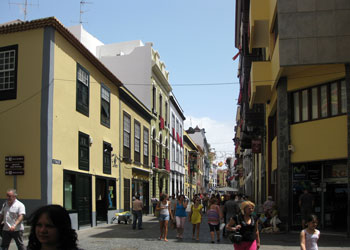 At the heart of Santa Cruz runs the narrow pedestrianized Calle O’Daly, which was named after an Irish banana merchant. The street is lined with historic houses on both sides, the most famous being no 22, the Palacio de Salazar, which dates from the 17th century. The street intersects with Plaza Espana, a pretty square bordered by the 16th century town hall and the pleasing Renaissance architecture of the Inglesia del Savador. 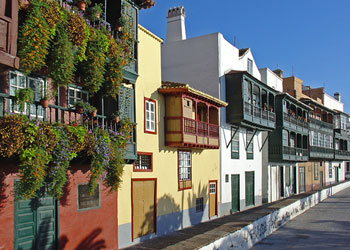 The 18th century mansions which sit beside the shoreline Avenida Maritima are famous for their magnificently ornate balconies.. The ground floor of several of these houses now operate as restaurants or bars, perfect for a well deserved break after a hard day’s sightseeing. 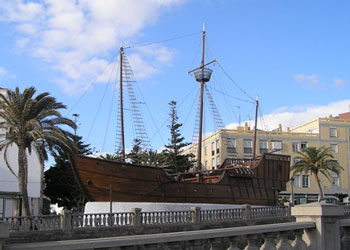 Dramatically housed in a full-sized replica of Christopher Columbus’ famous Santa Maria ship, the Maritime Museum contains an interesting collection of navigational charts, model ships, instruments and ships’ flags. The Museum is on the Plaza Alemeda at the north end of town. 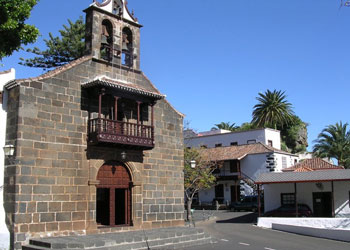 Every five years La Palma comes alive with the Bajada festival, during which a statue of the island’s patron saint is brought down from a hillside chapel to the city. You might not be able to make the festival, but you can walk up to the chapel, Santuario de la Virgen de las Nieves, which is about a mile inland from the port. The modest church exterior hides a fabulously opulent interior with the embodiment of La Palma’s saint, a 14th century sculpture of the Virgin Mary, taking centerpiece. 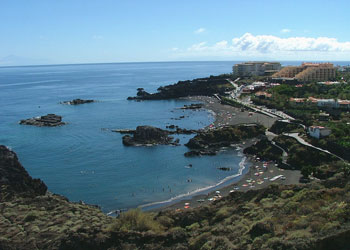 The nearest beaches to Santa Cruz are Varadera and Nueva at Los Cancajos. They are popular black sand beaches with lots of facilities available nearby. Behind the sands runs a paved walkway which contours along the spectacular coastline. Los Cancajos is located about 2 miles south of Santa Cruz and can be reached either by taxi, or by catching the number L8 bus which leaves from Santa Cruz bus station.