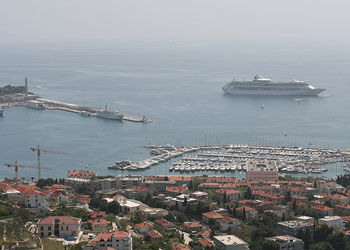 The view overlooking Split harbor from the top of Marjan Hill. Legend Of The Seas sits at anchor. Most cruise ships dock at Lukobran Pier, on the outer wall of the harbor, a 15 minute walk from the town center. Larger ships may anchor offshore and tender. 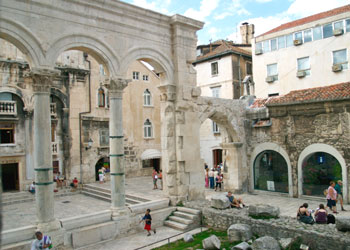 Diocletian's Palace dates from late Roman times. Emperor Diocletian, who was born in Creatia, began this ambitious project during his reign in readiness for his retirement years. 20,000 slaves took over 10 years constructing the palace, which contained villas, temples, four massive gates, sixteen watchtowers and military barracks. The original buildings no longer survive intact, but the many ruins are enough to evoke the magnificent former times of the palace. 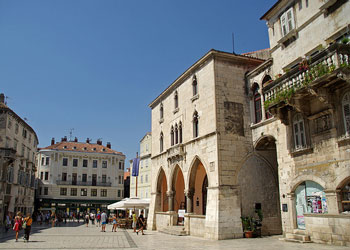 Narodni Trg has been the old city's central square since the fourteenth century. A quaint Romanesque clock overlooks the square, with its numerous shops and cafes. The north side of the square is taken up by the Town Hall, originally constructed in the 15th century. 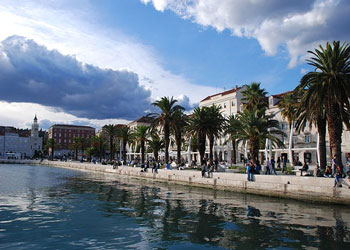 The walkway hugging the waterfront is called the Riva. It's busy all day, but even busier at night, when the restaurants and bars come to life. 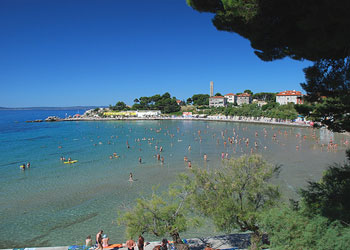 Just 10 minutes walk eastwards from the dock lies Bacvice Beach, a pretty sandy cove ideal for a relaxing hour or two. The facilities include umbrella/lounger rental, showers, and restrooms. 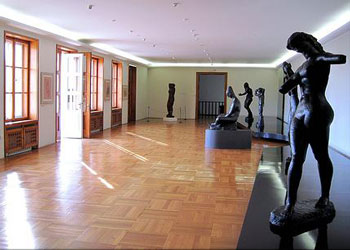 Mestrovic Gallery showcases the work of Croatia's great sculptor Ivan Mestrovic. The gallery, which used to be the artist's summer home, contains many wonderful sculptures in wood, bronze and marble. Make sure to visit the beautiful gardens, with lovely views of the sparkling Adriatic Sea.