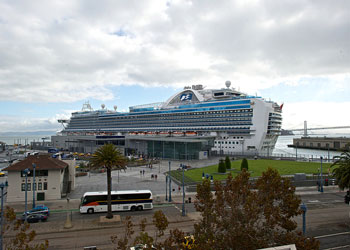 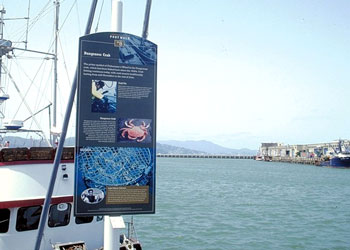 Fisherman’s Wharf, which has been the home of SF’s busy fishing fleet since the Gold Rush years, is today perhaps more tourist honeypot than working fishing port. Instead of just stopping at the tourist hot-spots, how about following the Port Walk, an idea of the local Merchants Association. This stops at a succession of numbered signs which give information on the remarkable history of this area. 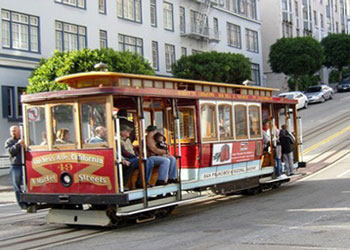 San Francisco’s famous Cable Cars were invented by Andrew Smith Hallidie in the 1870s to solve the problems of traveling across the steep hills between the new residential developments. Today the city’s remaining 3 cable car lines are the last manually worked cable cars anywhere in the world. To see the engine house which powers the steel tow lines, make a trip to the Cable Car Barn. 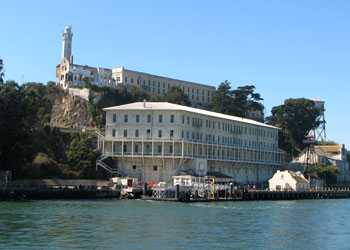 Step back in time by visiting Alcatraz an infamous island that has been a civil war fortress, a military prison, an infamous federal penitentiary, and the scene of a lengthy demonstration by Native Indian rights protesters. Although the last inmates were transferred away from the island over 50 years ago, the main prison block with its scary solitary holes, foreboding mess hall and small cells is still largely intact. Alcatraz Cruises, who run a service to the island from Pier 33, is the official ferry provider for the return trip to Alcatraz. You can buy your tickets in advance on the internet. 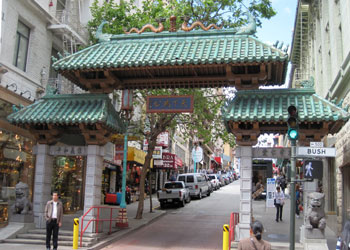 Chinatown is located at the center of the city in the area bordered by Columbus Avenue and North Beach to the north, Kearny Street and the financial district to the east, Bush Street and Union Square to the south, and Powell Street and Nob Hill to the west. Charming globe lanterns and vibrantly printed banners cross the streets, which are lit in the evenings by highly decorative 1920s streetlamps in the shape of a Chinese pagoda on two dragons. 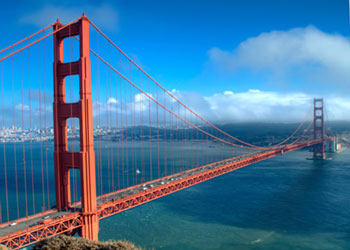 The marvelous Golden Gate Bridge, which has become an emblem of San Francisco, joins the city to the Marin peninsula. The bridge is easy to access for both pedestrians and bicyclists, and was built with walkways on either side of the six vehicle traffic lanes. The east walkway is allocated to people on foot, and provides an exciting walk over the bay. Visit the visitor center to learn about the rich history of the bridge.