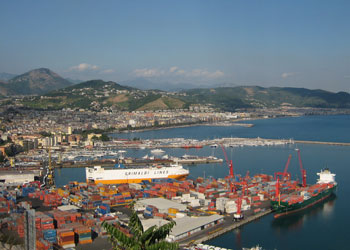 View over the port and town of Salerno, Italy. Cruise ships berth at the Manfredi, 3 January or Ponente piers, at the Port of Salerno. Most cruise lines offer a shuttle bus service from the port to the old city. 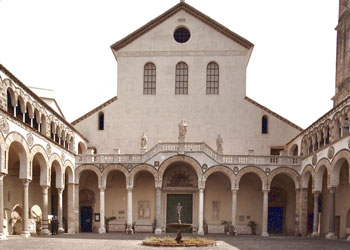 The highlight of Salerno’s Medieval City (or Centro Storico) is the magnificent Cathedral, constructed in 1076 by Duke Robert Guiscard . The building is home to the crypt of Saint Matthew, one of the twelve disciples. After seeing the cathedral one idea is to take a walking tour through the atmospheric narrow cobblestone streets – possible attractions to see include the Diocesan Museum adjacent to the Cathedral, home of the fabulous Salerno Ivories, San Gregorio church on Via dei Mercanti, with displays detailing the Schola Medica Salernitana - the oldest medical school in Europe, the Archaelogical Museum on Via S Michelle, housed in the former monastery of San Benedetto, and the Pinacoteca Provinciale on Palazzo Pinto, which boasts an impressive collection of Renaissance art. 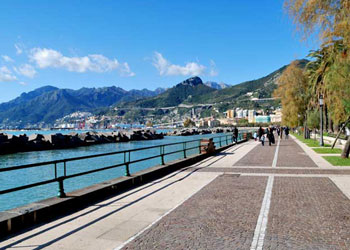 If you have any time to spare at the end of your day, how about a stroll along the Lungomare Trieste, a palm-lined seafront promenade, which heads eastwards from the main port to the marina. There are many cafes, bars and ice cream sellers offering a refreshment break along the way. 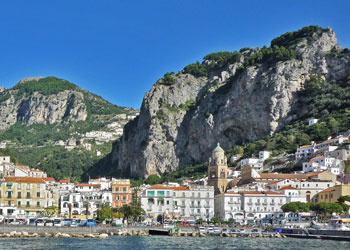 The charming town of Amalfi is at the centre of a stunning (and famous) coastline. The town was a maritime power in the Middle Ages, and the magnificent 11th century Cathedral of St Andrew reflects the glory of those days. The adjacent 13th century Cloister of Paradise, home to beautiful paintings and mosaics is also worthy of a visit. Traveling by boat is a fabulous way of going from Salerno to Amalfi. 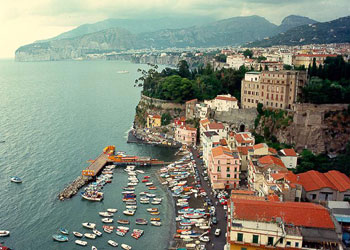 Sorrento is a popular excursion from Salerno – often an ‘on your own’ option is available. The picture-perfect town, and location for many a movie, sits on steep cliffs offering panoramic views over the Bay of Napes. Wander the flower-filled streets, lined with magnificent houses. Enjoy a well-earned snack at the central Piazza Tasso. Or have a swim at the Marina Grande. And remember to sample a glass of Limoncello, the tasty lemon liqueur that hails from the town. 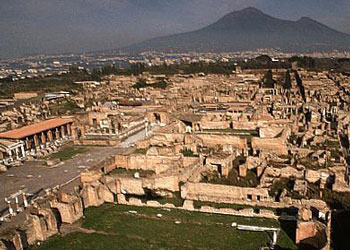 Pompeii was engulfed in ash as a result of the eruption of Mt Vesuvius in 79AD. The site was excavated in the 19th century, and today offers an amazing glimpse of life in Roman times. Pompeii is located about 15 miles north west of Salerno, just before the town of Torre Annunziata. Resourceful DIYers can make the journey from Salerno to Pompeii by train.