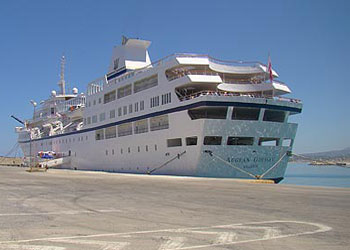 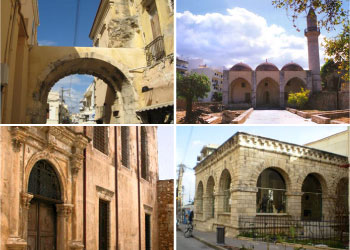 Rethymno was established in medieval times by the Venetian Republic as a trading post midway between Iraklion and Chania. Despite being sacked twice by the Turks, much of the Old Town remains, with narrow alleys winding between ancient Venetian and Turkish houses. Must-sees include the Fortezza, the Harbor and the Rimondi fountain, but other interesting places include the Guora Gate, the only remaining part of the original Venetian city wall, the Neratze Mosque, a Turkish conversion of an earlier Christian church, St Francis church, a superb example of Venetian architecture, and the imposing Loggia, an important meeting place for Venetian merchants. 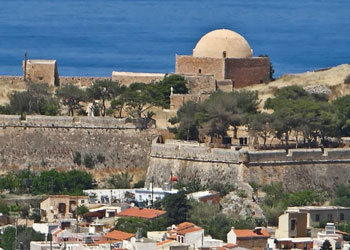 A fleet of over two hundred and fifty galleons was commanded by the infamous Turks Barbarossa and Ulutz-Ali who terrorized the north of Crete in the 16th century. In 1571 the Turks swarmed ashore at Rethymno, plundering and torching the town. The Venetians replied by constructing a massive Fortezza to guard against any further attack. Today a visit to the well-preserved Fort brings back those turbulent times. Highlights of a tour include the East Gate, the Artillery Magazine, the Santa Maria Bastion, the Erofili theater, the Sant’Elia Bastion, the San Lucca Bastion, the West Gate, the Agia Ekaterini church, the Mosque, the Rector’s Residence, the Councillor’s Residence and the Storerooms. 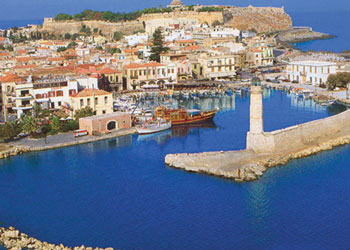 Rethymno’s Venetian Harbor is a picture perfect scene, a curve of ancient buildings (now mostly restaurants) clustered around a circular harbor constructed from stone blocks. At one end of the quayside stands the magnificent Egyptian lighthouse. It may be Egyptian in style, but it was actually built in the 17th century by the Turks. 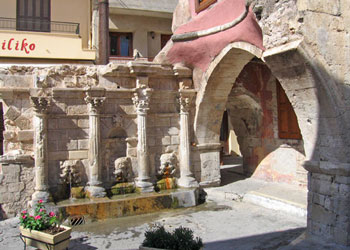 The Rimondi Fountain was commissioned in 1626 by the town’s Venetian Rector (Governor). Cool water runs out of the mouths of three lions, into three basins separated by elaborate stone columns. The archive above the fountain bears the words LIBERALITATIS FONTES, roughly translated as ‘free fountain’. 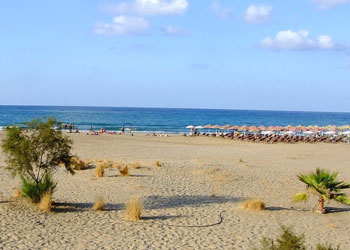 Rethymno Beach extends for over 8 miles (12 km) to the east of the town. It starts just past the (new) harbour, a 5 minute stroll from the Old Town. There are lots of facilities, including lifeguards, sunlounger and umbrella hire, watersports, showers, restaurants and cafes.

Anything you'd like to say about Rethymnon as a cruise destination?