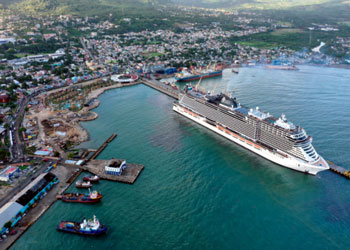 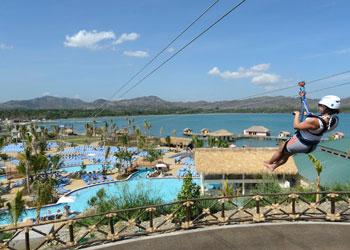 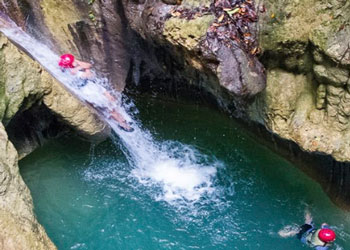 Damajaqua is famous for its 27 waterfalls, and the adventurous can jump, slide and splash their way down every one. Be sure to take some swimwear and sneakers with you. Damajaqua is about 7 miles away from the cruise port, and is a popular excursion. 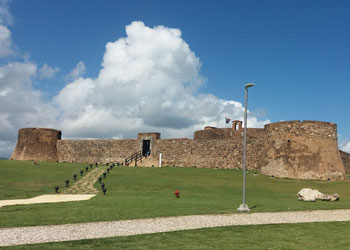 Puerto Plata was founded in 1502 by a group of Spanish expeditionaries. The city takes its name from the adjoining mountain, Monte de Plata, which was so called by Christopher Columbus. The impressive Fortaleza San Felipe, finished in 1577, still survives from the early era. Other places of interest in Puerto Plata include the Amber museum, the Gregorio Luperon museum, and the Malecon. 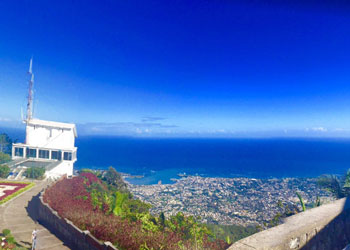 Over 2600ft high, Mount Isabel de Torres towers over the city of Puerto Plata. A cable car which whisks visitors all the way up to the summit. Awaiting you at the top is a huge statue of Christ, a small botanical garden, and spectacular views of the surrounding area. The energetic can also walk around a short well-signed trail which visits a lagoon and a cave. Plan your visit for the early morning, as it’s then you have the best chance of avoiding dense mists at the top. Traveling from the cruise port to the cable car base station (or 'teleferico') is easiest by taxi, a journey of around 20 minutes. 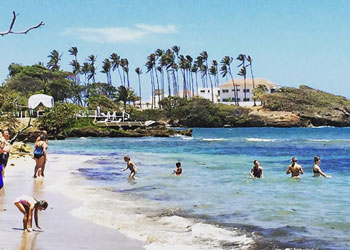 The nearest beach to Amber Cove is the beach at the Riu Bachata Hotel, just half-a-mile north east of the cruise port. But it’s a private beach, and access is only via a Resort Pass sold as an excursion. An alternative is Confresi Beach, a crescent of golden sand, only slightly further away (a 3 mile/10 minute tax ride). The western half of the beach is free. The water is clear, there’s plenty of shade, and you have a few beach bars to pick from.