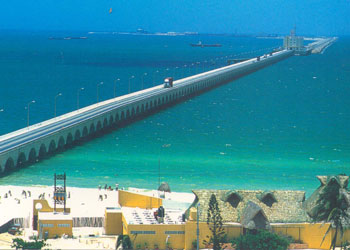 The 4 mile long pier at the port of Progreso, Mexico. A large offshore bank of limestone makes such a long pier necessary. A shuttle bus transfers you from ship to Progreso town. 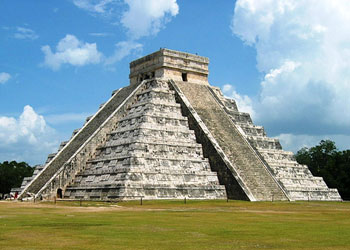 The majestic Chichen Itza Mayan ruins, about a 2½ hour bus ride from Progreso, form one of the most important archeological sites on the American continent. The ruins are the remains of a once great city, center of the Mayan empire. The site extends over 6 square miles and contains hundreds of fascinating structures, including the magnificent pyramid of Kulkulcan. 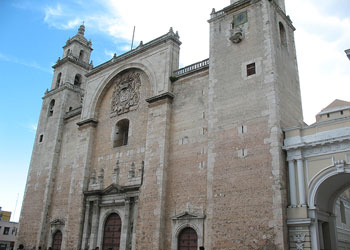 Merida, the capital city of Yucatan, is rich in history and characterful architecture. The journey time by taxi is around 45 minutes. The Catedral de San Ildefonso (shown here), the oldest cathedral in the whole of north America, and the Governor's magnificent mansion, are two popular sights. 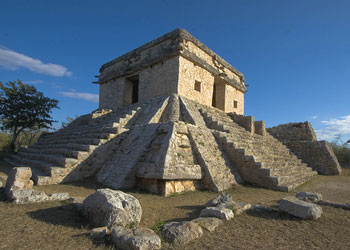 Go on an excursion to the archaeological site of Dzibilchaltun (dzeeble-chal-toon), a major ceremonial site of the Mayan world. The ruins are a 40 minute bus ride from Progreso. Don't miss the Temple of the Seven Dolls, a tribute to the Mayan’s astronomical skills. This temple is positioned so that every year, on the the spring and fall equinox, the sun shines through the center of the doorway as it rises. 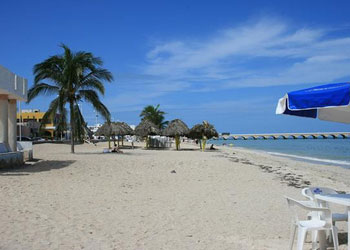 Corona Beach, which fronts the town of Progreso, is a lovely beach, and makes a relaxed alternative to a trip to the (various) ruins. A Malecon (or esplanade) runs behind the full length of the beach. 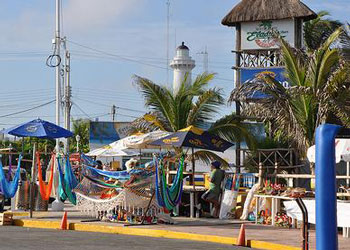 You can climb Progreso lighthouse named El Faro, for a spectacular 360 degree view of the town, surrounding countryside, and pier stretching out into the ocean. Under the lighthouse there's a long arts and crafts market along the Malecon.