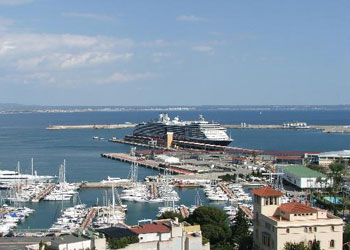 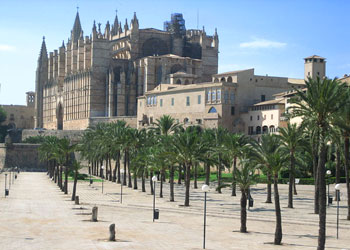 Palma’s spectacular cathedral la Seu is the city’s most popular attraction. Construction work began in the early 13th century, and continued for over 300 years until the herculean task was finished in 1601. A major remodeling project began in the early year of the 20th century, with the renowned architect Gaudi making several contributions. Gaudi claimed his additions followed Gothic traditions, but some think his work surreal and out-of-place. 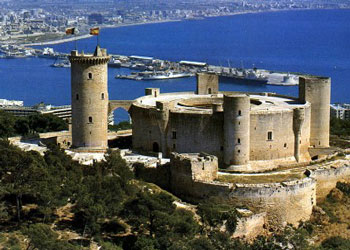 600 year old Bellver Castle is a short walk up the hill from the Muelles de Poniente. The castle houses the Palma History Museum and the Despuig Classical Sculpture Museum and affords magnificent views over the bay of Palma. 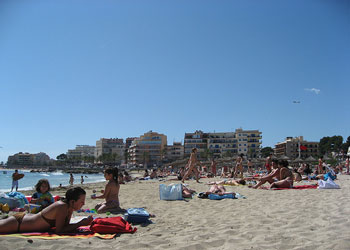 The seafront below the cathedral has a thin strip of sand, which, if you walk for 5 minutes in the direction away from the main port, widens into the large C'an Pere Antoni beach. The sands shelve gently into the sea (too gently for some, as it’s quite a long way out until you’re even up to your waist!). There are a few palm trees set back from the beach for shade, and nearby shops sell refreshments and beach gear. 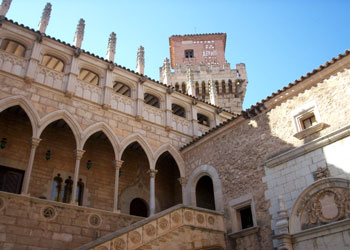 Pueblo Espano is a miniature village, containing reproductions of well-known works of Spanish architecture. It’s like taking a quick tour of Granada, Cordoba, Sevilla, Barcelona and Madrid in just one hour. Numerous souvenir shops, tapas bars, restaurants and cocktail bars (and other businesses) occupy the buildings. Situated about a mile north of the Muelles de Poniente pier. 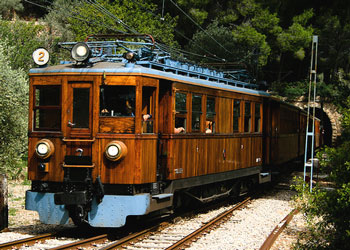 If you’d like to see the less-developed interior of Mallorca, one idea is to take the Palma to Soller vintage railway. This connects Palma de Mallorca with the small town of Soller, a journey of 27km. The narrow-track electric train crosses a wide plain, then climbs up through 13 tunnels to reach the quaint mountain village of Soller. The journey takes about an hour. The Palma station is in the center of the city, just next to the modern train station.