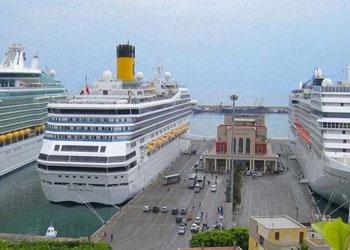 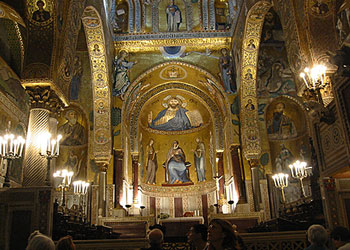 The Palatine Chapel was commissioned by Roger II of Sicily in 1132, and took nearly ten years to build. The chapel is decorated with sensational Byzantine mosaics, depicting scenes from the New Testament. The chapel is located on the ground floor of the Palazzo Reale (also called the Palazzo dei Normanni), which is about a mile inland from the port. 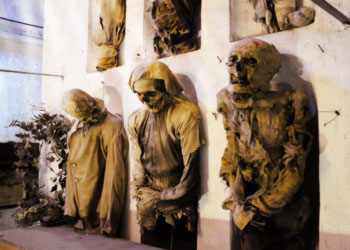 The scary Cappuchini Catacombs date back to the late 16th century. They were first used when a priest mummified a monk so that they could pray to his corpse. Later it became a way for well-to-do locals to remember their loved ones. The Catacombs are located on Via Cappuchini, about half-a-mile past Palazzo Reale. 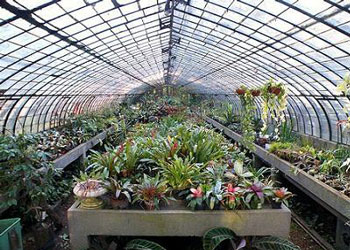 The Orto Botanico, managed by the University of Palermo, is a beautiful Botanical Garden which originally started as a garden specializing in medicinal herbs. The attractive neoclassical-styled buildings were built in the late 18th century, and shortly after the garden was improved and extended with a watergarden, and several glasshouses. Situated half-a-mile south of the port. 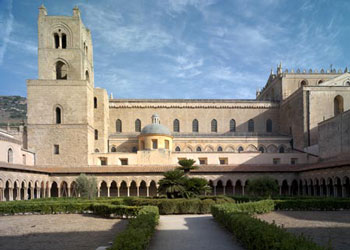 The Monreale Duomo, founded in 1174 by William II, is a fascinating mix of Byzantine, Arab and Norman architectural styles. The bronze doors at the front entrance (made in Pisa) are very impressive, but otherwise the outside gives little inkling to the riches inside. Splendid mosaics cover the cathedral’s walls, the roof is made of wood carved and painted in great detail, and the cloister is lined with intricate sculptured figures. After your visit be sure to wander around the nearby streets to browse the interesting shops and stop at a café for a well-earned cappuccino. Monreale is situated about 3 miles south-west of Palermo, accessible by cab or bus. 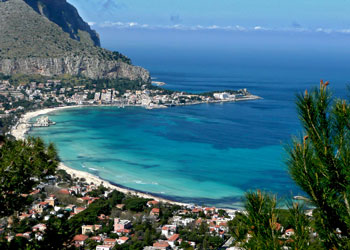 Mondello Beach is a long curving sweep of soft sand which slopes gently into turquoise waters. In summer the beach is has a busy lively atmosphere, as the resort is a popular escape for the Palermitani. Mondello is situated about 8 miles northwest along the coastline from Palermo. You can reach it by taxi or by bus #806 which departs from Piazza Sturzo in the center of Palermo.