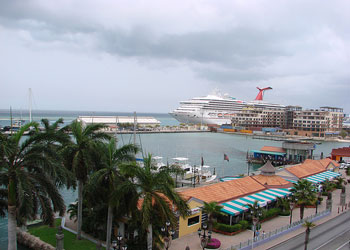 Oranjestad, capital of Aruba - Looking
across the marina towards the cruise ship terminal 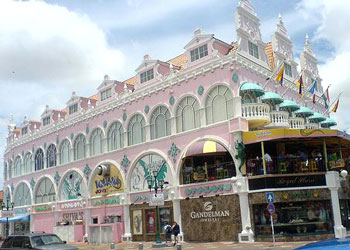 The Royal Plaza Mall was opened in 1996, and its attrative design reflects the Dutch heritage of the island. Conveniently located just across from the cruise terminal, the mall has restaurants, a post office, a cybe cafe, and lots of big brand shops like Benetton, Tommy Hilfiger, Levi's and Gap. 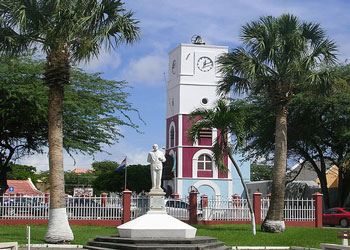 Fort Zoutman, the oldest building in Aruba, was constructed in 1796. The city of Oranjestad was built around it. The fort was originally sited on the coast, but the land around has since been extended artificially. The Willem III Tower was added later, in 1867, named after the King of the Netherlands. Fort Zoutman is now home to the Aruba Historical Museum, and the weekly Bon Bini Festival. 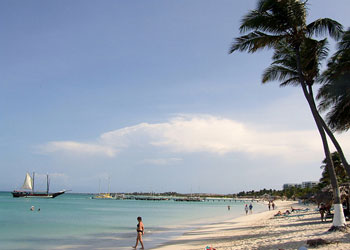 Palm Beach is the busiest beach on the island, and is backed by many large hotels - though all of Aruba's beaches are public, so noone's going to stop you laying on your towel under the shade of a swaying Palm tree. It's a long beach, great for walking and people-watching. There are lots of activities on offer such as watersports, restaurants, and bars. Other ideas include visiting the hotel casinos, or, for a little more tranquillity, strolling through the adjacent Bubali bird sanctuary. The beach is about 4 miles north of the cruise terminal, and can be cheaply reached on the number 10 bus which runs from Oranjestad along the coast road to Malmok and Arashi. There's a convenient bus stop just across from the cruise terminal. 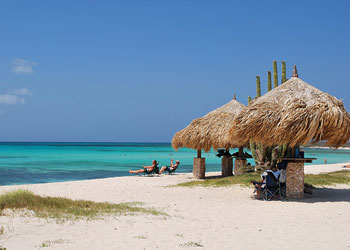 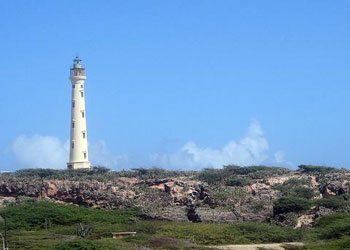 California Lighthouse is located on the northen tip of the island, about 8 miles from Oranjestad. The lighthouse was named after SS Californian, a ship whose claim to fame was receiving the distress radio calls from the Titanic (but apparently ignoring them). Years later the Californian was also to sink, a short distance off this rocky coast. You are not allowed to climb the lighthouse, but the area around it and to the north has a lot of great hiking trails, weaving along the island's Atlantic-facing coastline.