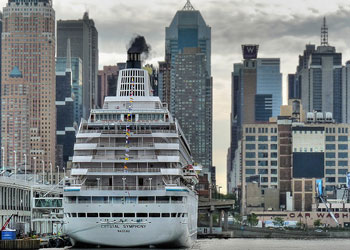 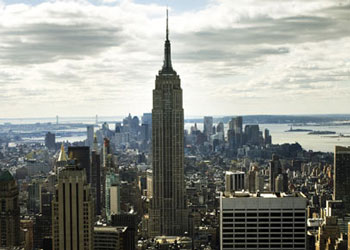 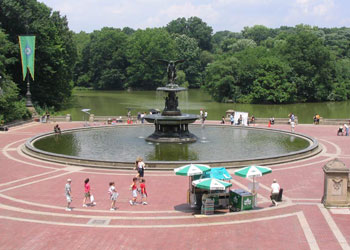 In the center of Manhattan island sits the oasis of Central Park, a huge green space set aside in 1857. Highlights of the park include the Great Lawn, Belvedere Castle, the Zoo, the Botanical Gardens and the Bethesda fountain.


The Museum of Modern Art 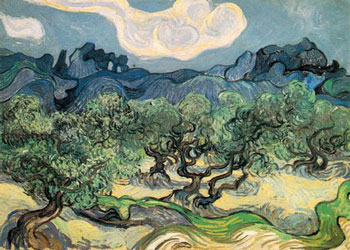 Founded in 1929, the Museum of Modern Art (or MoMA) features a huge collection of contemporary art including paintings, architecture, film and sculptures. Don’t miss the most famous paintings like Van Gogh’s The Olive Tree, Gauguin’s The Moon And The Earth, Klimt’s Hope II, Picasso’s The Dreamer, Dali’s Crucifixion and Rousseau’s The Sleeping Gypsy. 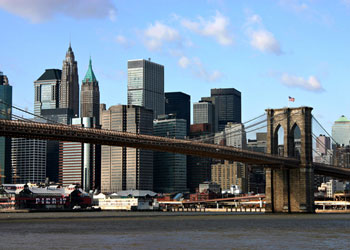 Spanning nearly 1600 feet over the East River, Brooklyn Bridge, when completed in the late 19th century, was hailed as an engineering marvel. There is a pedestrian walkway along the complete length of the bridge. As you stroll across the bridge you will see fantastic vistas of Manhattan, Brooklyn and Upper New York Harbor. 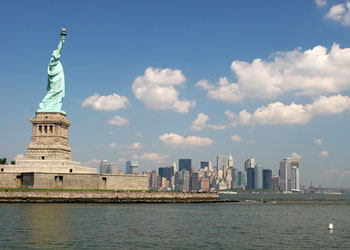 The Statue of Liberty is one of the most recognizable statues in the United States and even perhaps the world. A gift from the French, the sculpture, originally named Liberty Enlightening the World, was made in Paris, and assembled there in 1894. It was then taken to pieces and transported to the US. Here the statue was rebuilt on Bedloe's Island in Upper Bay, and finally dedicated in 1886. Tickets to the statue’s base may be reserved or purchased on-site. But tickets to the statue’s crown must be booked, as access is limited to just 240 visitors each day.