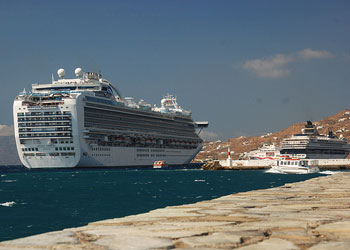 Cruise ships dock at the Port of Tourlos, about a mile (1.6km) north of Hora. Larger ships may tender. A shuttle bus between the port and Hora is provided. If you'd like to walk, it takes about 30 minutes from port to town. 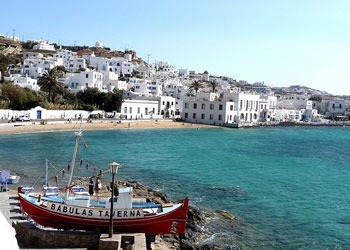 Hora, the capital of Mykonos, is a picture-perfect Cycladic town with white houses, narrow paths and deeply tanned locals. You'll enjoy just wandering the tangled maze of alley and narrow lanes, said to have been built with the idea of defying pirate raids. The town is home to a thriving art colony, and there are several chic art galleries to visit. Stop in one of the characterful tavernas for a drink or meal. 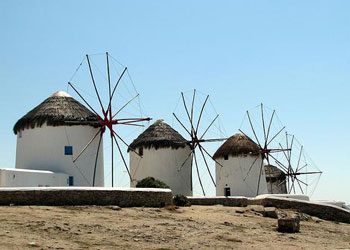 A short uphill walk in a south-westerly direction from the center of Hora takes you to the famous Mykonos windmills. They were originally used to grind the harvest for corn. One of the windmills has been completely restored to working order and is part of the folk museum. 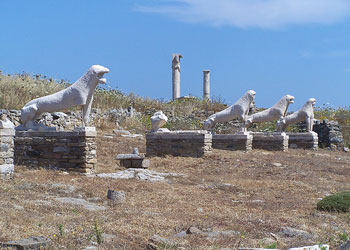 The island of Delos is a 20 minute boat trip from Hora harbor. The island was a sacred site for the ancient Greeks, and in the years around 1100BC a number of major temples and shrines were constructed. See the Sacred Way, leading to the Sanctuary of Apollo and the Avenue of the Lions, guarding the sacred Lake. If you are the energetic type, climb to the top of Mount Kythnos for magnificient all-around views of the Aegean. 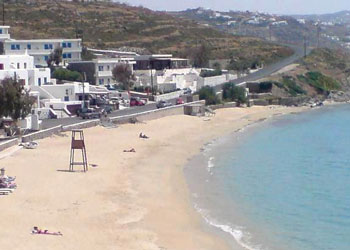 Aghios Stephanos beach is the closest beach to Hora, located about a mile (1.6km) north of the port. It's a family-friendly, long sandy beach with a good range of facilities including sun-bed/umbrella rental, watersports hire, showers and several food concessions. 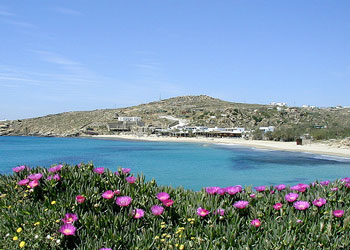 Beach bums will not want to miss the chance to lay out at one of the island's famous sunspots, the hedonistic Paradise Beach. During the day the beach has a chilled-out relaxed air, it's only in the evening the real party kicks off. The beach can be chronically busy during the peak of summer. Reached from Hora via an hourly bus service.