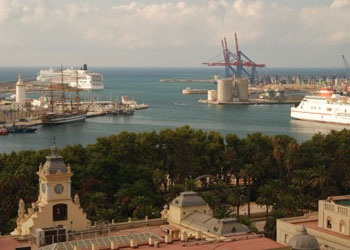 The port of Malaga, Spain. Malaga's historic old town is a short distance from the cruise pier. 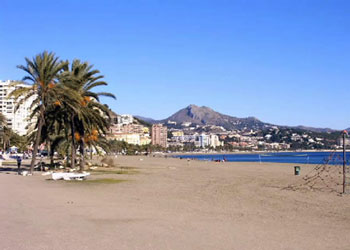 Playa de la Malagueta is Malaga’s city beach. The beach may be man-made (originally way back in the 19th century from Saharan sand), but it makes a great place to beach-bum the day away. There are several small restaurants and bars behind the sands offering a selection of drinks and tapas. The beach is next to the harbor to the right (eastwards) as you walk off the cruise pier. 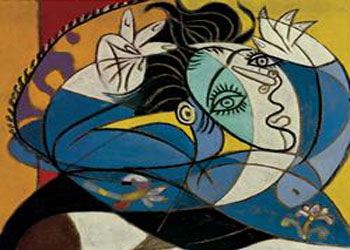 The Picasso Museum is located in a picturesque part of Malaga’s old town, between the cathedral and the Moorish palace of Alcazaba. Picasso spent his childhood in Malaga, before moving to Barcelona. Exhibits include over 200 works by the artist, donated by his family. 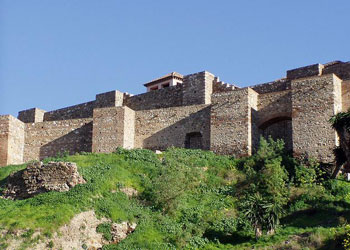 Above Malaga's old town stands the Alcazaba fortress, the best preserved Arab citadel in Spain. It was built by King Badis of Granada in the 11th century. Much of the stone used in the building of the fortress came from older Roman buildings (the ruins of a spectacular Roman Theater lie just below). The fort contained three palaces, and its walls had over a hundred towers. 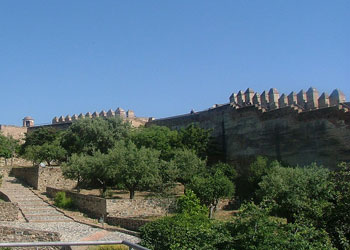 Gibralfaro Castle is built on the highest point of the city, and commands a magnificent view of its surrounds, encompassing the bullring and harbor to the south, the city to the east and west, and the large water dam in the foothills to the north. The oldest ruins in the castle date back to the Phoenician period of the 8th century, but it was Sultan Yusuf I of Granada who ordered the construction of the fort as you see it today in the 15th century. The castle’s gardens offer refreshing shade on a hot afternoon. The castle is a short but steep hike up from the Alcazaba Fortress. 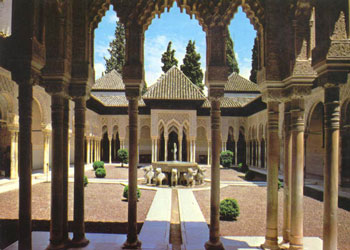 A popular (but long and tiring) excursion from Malaga is to Alhambra in Granada, the last and most sumptuous Moorish palace in Spain. The Alhambra consists of four wonderful sights clustered together on a hill – Charles V’s palace, the Alcazaba, the Generalife Gardens, and most magnificent of all the Palacios Nazaries with its world famous trilogy of the Court of Myrtles, the Hall of the Ambassadors, and the Court of the Lions. The Alhambra is half-way between Malaga and Madrid, a distance of some 150 miles, which takes three hours by coach.