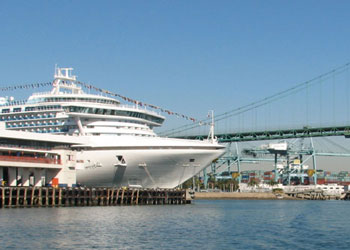 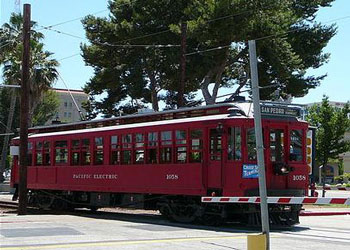 The waterfront Red Car Line is a one and a half mile long trolley line running between the World Cruise Center and the Marina. The car stops by the LA Maritime Museum and Ports O' Call. The Red Cars are completely restored to their previous glory, complete with authentic wooden seats, ornate shiny fittings and hardwood paneled interiors. 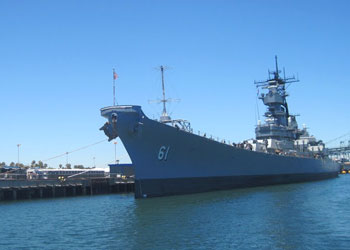 Built in 1940, the awe inspiring USS IOWA served in the US Navy for more than 50 years, completing numerous vital missions in WWII, and also playing a significant part in the Korean War. Her main battery is nine enormous 16" guns, which could fire rounds over 20 miles. The battleship is open every day except Thanksgiving and Christmas, and is within easy walking distance of the World Cruise Center. 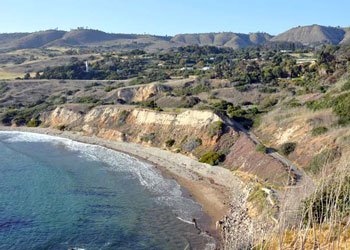 Abalone Cove is a very attractive beach, with gorgeous coastline scenery, great views over Catalina island and radiant sunsets. Though beware because it is quite a steep trail down to the beach. Next door Sacred Cove can be recommended for fascinating rock pooling. Four miles west from San Pedro cruise terminal. 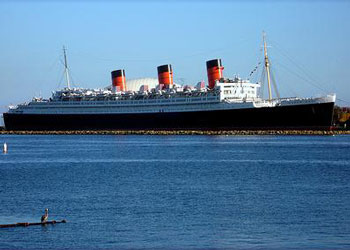 
Aquarium of The Pacific and Shoreline Aquatic Park (Long Beach) 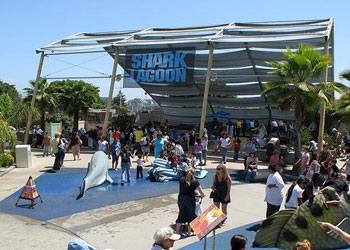 Be introduced to the fascinating reefs of the Tropics, the cold waters of the North Pacific and sunny Southern California seas at the Aquarium of the Pacific. See the ocean’s ultimate predators in the amazing Shark Lagoon. After your visit to the aquarium one idea is a walk around neighboring Shoreline Aquatic Park, a lovely green space with an outlook over the sea. Situated just across the water from Long Beach cruise terminal, around 2 miles by taxicab.