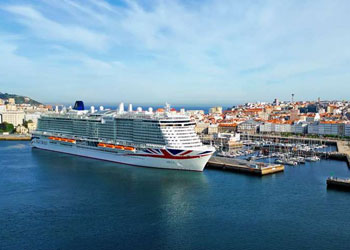 View across La Coruna harbor from Castle of San Anton. Cruises ships moor at the Port of Coruna’s Trasatlanticos quay, adjacent to the city center. 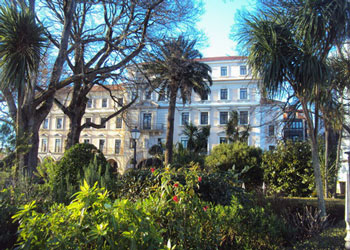 Just inland from the cruise ship pier, sits the attractive San Carlos Garden which sits atop the old San Carlos fort. It holds the tomb of Sir John Moore, an English general who died in the Battle of Elviña of 1809. The garden makes a good starting point for a stroll around Coruna Old Town. 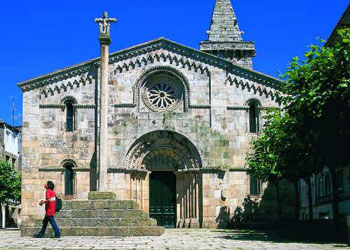 Another interesting destination in the Old Town is the Museo de Arte Sacro de la Colegiata which presents a remarkable collection of sacred silver and gold objects, mostly dating from the 17th and 18th centuries. Closed Sundays and Mondays. 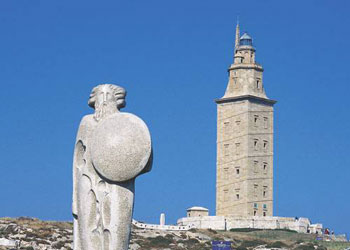 The Tower Of Hercules is famous as the oldest still-functioning lighthouse in Europe. Originally built in the first century by the Romans, the tower was renovated in the late 18th century into the structure seen today. The base of the tower hosts an interesting museum, and its gardens boast a collection of exciting sculptures. The tower is a mile and a half north of the cruise port, an enjoyable walk along the city’s paseo maritimo (seafront promenade) or a short bus ride. 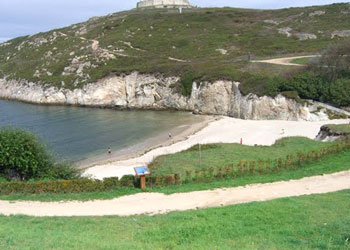 The Playa das Lapas is a pretty beach set in a small cove at the foot of the Tower of Hercules. The beach is blue-flag rated, and has a lifeguard on duty. But be warned that the beach can be very busy at the weekends on a warm summer’s day. 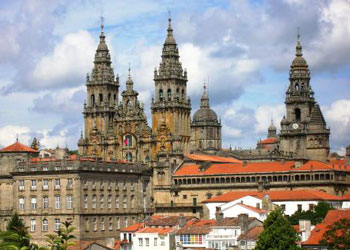 Long ago a shepherd was led by a bright star to the burial site of the Apostle James. The cathedral of Santiago de Compostela was constructed on this revered place and quickly became a magnet for pilgrims from across Spain. Today the cathedral stands at the center of a well preserved medieval town, complete with winding streets and ancient buildings. Santiago de Compostela is located about 50 miles inland of La Coruña, and can be reached by ship’s excursion, or train.