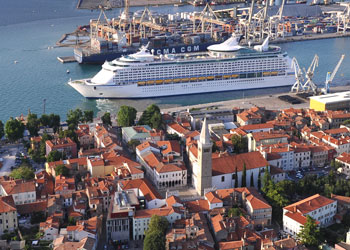 Aerial view of Koper town and port, Slovenia. The cruise terminal is a short walk from Koper's historic Old Town. 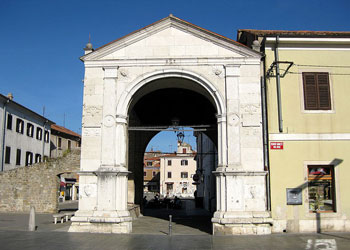 The impressive Muda Gate was the original gate to the fortified old town, which in medieval times was separated from the mainland. Continue from the Gate by the atmospheric Zupanciceva and Cevljarska streets to reach the town’s main square Titov trg which boasts two of the town’s main attractions, the cathedral of St Mary Of the Assumption, and the Praetorian Palace.


St Mary Of The Assumption 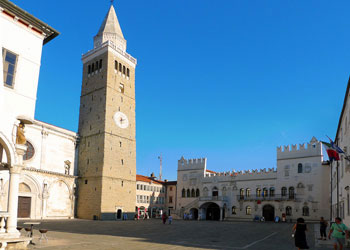 The St Mary Of The Assumption dates back to the 12th century and features a harmonious mix of Gothic and Renaissance styles. The cathedral possesses two 16th century treasures, a large altarpiece ‘Madonna with Child on the Throne of Saints’ by Vittore Carpacco, and the stone sarcophagus of St Nazari. You can climb the 204 steps of the cathedral’s bell tower for a superb view over the town and Adriatic sea. 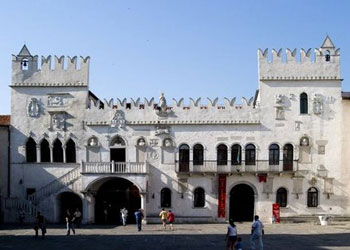 The wonderfully ornate Praetorian Palace was the official residence of the city’s governor during the Venetian Republic. Today the palace houses the tourist information office which offers free tours of the palace including the city council meeting chamber. 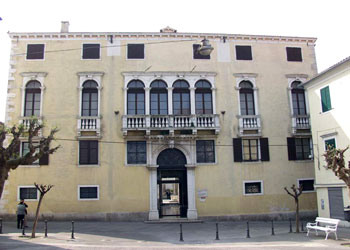 Housed in the beautiful Belgramoni-Tacco Palace, the Koper Regional Museum chronicles the times of Koper and the surrounding Istrian region. Exhibits include archaeological finds, artworks, a weapon collection, sculptures to name but a few. The museum is a short distance east of Titov trg along Kidriceva. 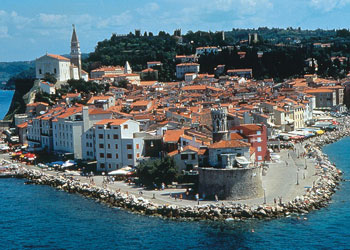 Perched on a narrow promontory jutting into the sea, the picturesque town of Piran has been dubbed in ‘Dubrovnik of Slovenia’. Things to do include visiting the fine square of Tartinijev trg, admiring the dramatic St George Cathedral, perusing art at the Town Gallery, walking the coastal promenade and swimming in the blue Adriatic from one of several bathing piers. Frequent buses connect Koper to Piran, with a journey time of 35 minutes.