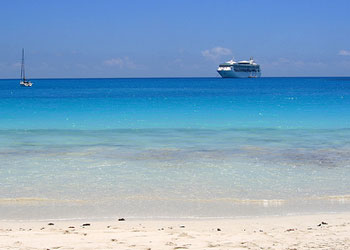 Cruise ship moored off the Isle of Pines, New Caledonia. Ships anchor in Kuto Bay, located to the south west of the island, and tender passengers ashore. The Isle of Pines was named by Captain James Cook after the beautiful araucaria conifer trees that are scattered over the island. 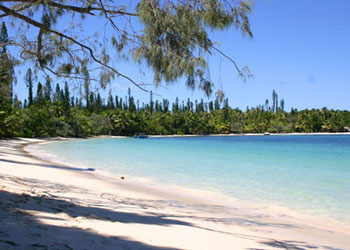 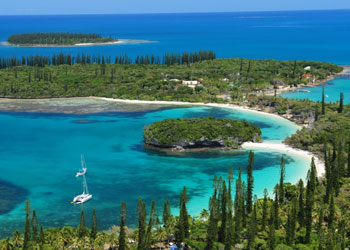 Kanumera Bay is the next bay east from Kuto Bay, just a 3 minute walk away. The bay is characterized by the ‘sacred rock’ at its center. Many say the snorkeling at Kanumera is even better than at Kuto, but as they are so close to each other, it’s easy to try both and decide for yourself. 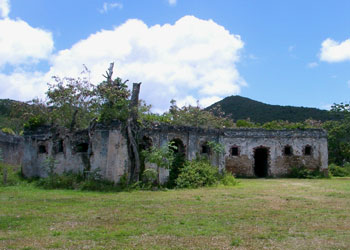 In the 1870s the Kuto Peninsula was home to a French Penal Colony (‘bagne’) which housed Communards deported from the Paris Commnune. The tender jetty in use today is in exactly the same place as the penal colony’s pier was, making it easy to imagine arriving at the island as a déporté. The colony was finally closed in 1880, when the Communards were granted total amnesty, and the survivors sailed back to France. If you wander 20 minutes inland from Kuto to Ouru, you can still see some ruins of the penal colony, and the cemetery for the prisoners who died on the island. 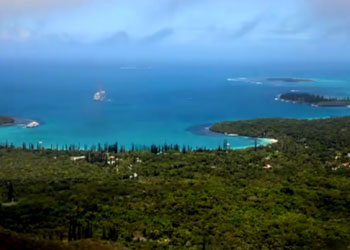 If it’s not too hot, the 1hr hike up from Kuto to the Isle of Pines' highest point, Pic N’ga (262m high) is a rewarding outing as the summit offers a spectacular 360 degree view of the whole island. There’s a small green sign saying ‘Pic N’ga Altitude 262m’ at the start of walk by the road above Kuto bay. Don’t forget to wear sturdy walking shoes, and take lots of water and sunscreen.

©CruiseTimetables.com
Cruises To Isle of Pines