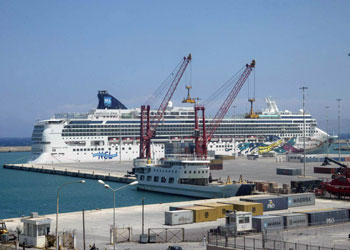 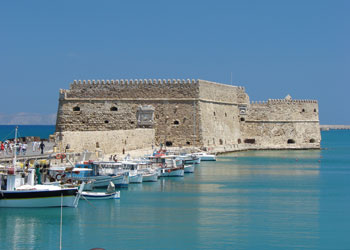 Koules Venetian Fort was originally constructed by the Venetians in the 13th century, to guard Iraklion harbor. A massive earthquake destroyed the fortress, and it was rebuilt by the Genoese in the 15th century. Look out for impressive carving of the Lion of St Mark, on the wall above the entrance gate. After visiting the fort, stroll along the outer breakwater of the harbor, to enjoy the beautiful views over the Sea of Crete. Alternatively sample a delicious fresh-fish dish at one of the tavernas by the adjacent fishing harbor. The fort is a stone’s throw from the cruise ship dock. 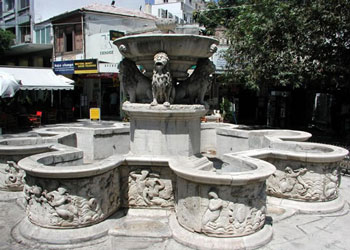 From the old harbor, walk up car-free 25 August Street, pass magnificent St Titus’s cathedral and the impressive architecture of the Loggia to reach Lion Square, the heart of old Iraklion. At it’s center sits the beautiful Morosini Fountain, built by a Venetian governor to celebrate the success of a new water supply system to the city. Around the square you’ll find several cheerful omelette and souvlaki cafes, ideal for a snack. 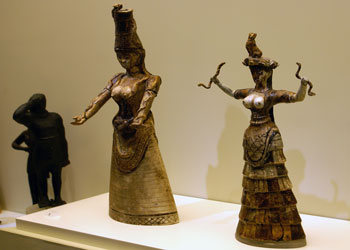 Iraklion’s Archaeological Museum has an amazing collection of Minoan treasures, many removed from nearby Knossos Palace. Don’t miss exhibits include the Snake Goddess, the Phaistos Disc, the Arkalochori Axes and the Bull’s Head Rython. The museum is situated a short walk inland from the cruise pier. 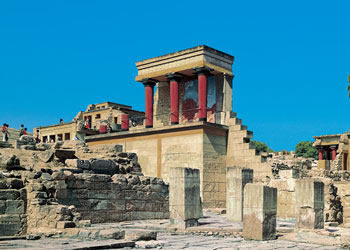 Knossos Palace is famous as the reputed home of the scary Minotaur, half-bull, half-human. In 4000BC, the palace was the center of the Minoan empire, which extended over all of Crete and many of the surrounding islands. The Greek myths relate that the palace was built to the designs of the expert architect Dedalos. To make the palace virtually impregnable, he arranged the corridors and rooms in such a complicated manner that anyone unfamiliar with the layout would, once in the palace, never be able to find the way out. So keep close to your guide! Must-see sights in the palace include the alabaster throne in the King’s chamber, the magnificent Queen’s apartment, the impressive Hall of the Double Axes and the intricate frescoes of the Hall of the Royal Guard. The palace is located about 2 miles (3km) south of Iraklion. 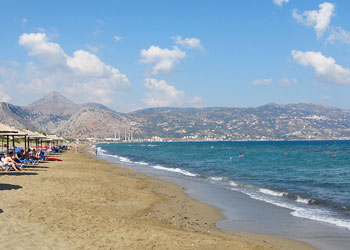 Unfortunately Iraklion does not possess any pleasant beaches of its own, so you’ll have to travel out of town to find one. Amoudara Beach, about 3 miles (5km) west of Iraklion, is a fine stretch of golden sand overlooking the bay of Iraklion. There are lots of facitilities behind the beach, with a choice of many cafes and bars. For intrepid DIYers the beach is on the Heraklion-Rethymno bus route.