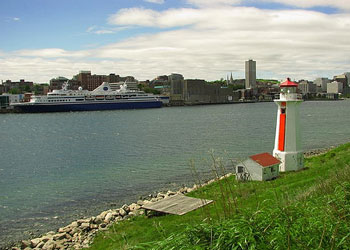 View of Seaport in Halifax Harbor from Georges Island. Most cruise ships dock at Piers 22 and 20 at Seaport, and passengers enter the town through the associated cruise terminals, Pavilions 22 and 20. Pier 23 may also be employed. Occasionally, when these three facilities are in use, cruise ships dock at the Lower Berths (Piers 31 and 34) at the Ocean Terminals (half-a-mile south of Seaport) and passengers are shuttled into Pavilion 22. 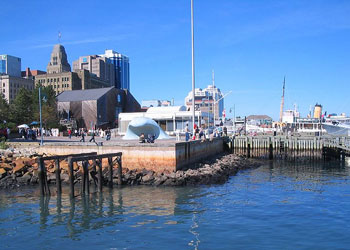 The 45 minute walk along Halifax Boardwalk from Pavilion 22 up to Casino Nova Scotia makes a very enjoyable waterfront stroll. Notable sites along the way include Pier 21, Bishop’s Landing, Franklin monument, HMCS Sackville (summer only), Maritime Museum of the Atlantic, and Privateers Wharf. 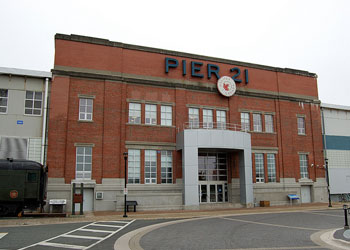 During the 20th century, Pier 21 served as Canada’s main immigration station. Over a million people from Europe and beyond were registered here as they started their new lives in America. Pier 21 is now an immigration museum with a variety of interesting exhibits chronicling the experiences of the new arrivals. Don’t forget to have your passport stamped "IMMIGRANT – LANDED" (no, not your real one!)


Maritime Museum of the Atlantic 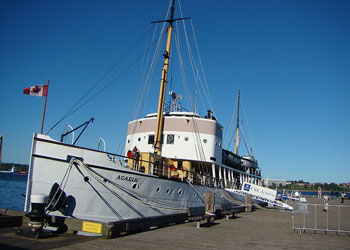 Discover the rich maritime history of Nova Scotia at the extensive Maritime Museum of the Atlantic. See exhibits covering many interesting stories, from Halifax’s part in the tragic sinking of the Titanic, to the huge Halifax Explosion. Walk aboard the survey vessel CSS Acadia, part of the Canada Hydrographic service for over 50 years. 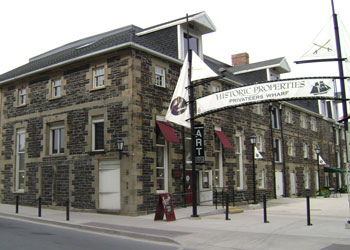 In the early 1800s Privateers Wharf was a hub for the profitable Privateer sailing ships, which could legally plunder merchant vessels belonging to countries at war with Britain. One of the privateers even went on to found the Bank of Nova Scotia, which is still in business. Today the historic buildings have been restored, and converted to shops, galleries and cafes. 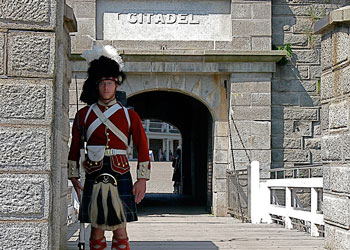 Founded in 1749 by the British, Halifax Citadel was built to defend the strategically-important harbour below. The best part of the Citadel is its living history program, where guides dress as soldiers of the 78th Highland Regiment, which was billeted here for 3 years in the mid 19th century. The Citadel is a short (but uphill) walk inland from the waterfront.