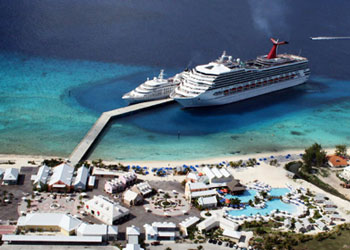 Ships dock on the southwestern tip of the island, at the pier built specifically for cruise ships; the facility is owned and operated by Carnival. 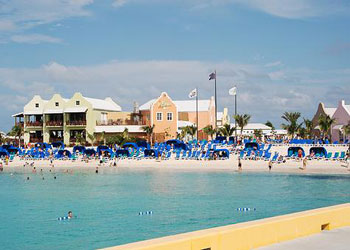 The purpose built Cruise Center is set within 14 acres of tidily landscaped grounds, and boasts a gorgeous beach of soft white sands, lapped by a warm crystal clear blue sea. The center is home to the largest stand-alone Margaritaville franchise in the Caribbean. Next to the restaurant there’s a large swimming pool replete with slides, an infinity edge, and a swim up bar. 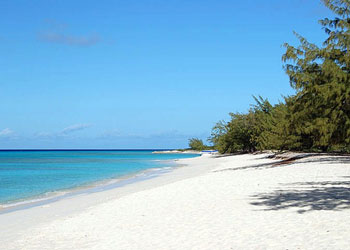 Governor’s Beach is a short half-mile walk northwards (to the left as you come off the pier) of the cruise center. It’s a gentle crescent of soft sands and calm turquoise waters in front of the British Governor's residence. This is one of the best spots on the island for off-shore snorkeling, with several areas of rich coral within a hundred yards or so of the beach. Hard-core snorkelers can even swim out to reach the reef at the famous ‘Wall’; here the reef drops off into the ocean depths below. The Wall is best reached, though, on a snorkeling or scuba excursion by boat. 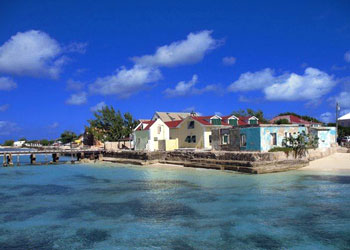 The capital of Grand Turk Cockburn Town is very small so you can easily see the highlights with a short walking tour. Check out the governor’s house, the town square with its Columbus Monument, the pretty waterfront, the old gaol, and the historic 18th century buildings lining Front and Duke Streets. As you walk you’ll notice several abandoned salt ponds – in earlier times salt production was the foremost industry of Grand Turk. Situated about three miles north of the cruise center - an easy trip by cab, rental golf-cart, or the Guana 'loop' bus. 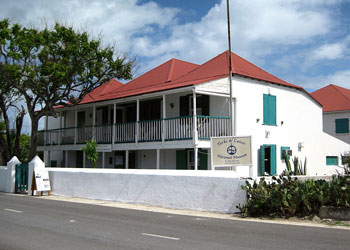 The small but fascinating Turks & Caicos National Museum is housed in Guinep House, on Front Street in Cockburn Town. The museum introduces you to the history of the islands, with a number of displays showing the islands’ long and rich maritime history. One of the highlights is the Molasses Reef Wreck, the oldest European shipwreck found in the New World. The wreck was excavated in the 1980, though unfortunately this was a few years after a team of rogue divers had dynamited it in the hope of uncovering treasure. The museum displays the complete set of artifacts recovered from the wreck. 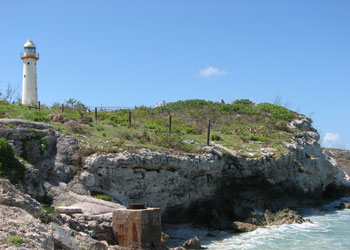 On the northern tip of the island stands imposing Grand Turk Lighthouse, built in 1852 to help ships navigate the treacherous shallows roundabouts. The lighthouse keeper’s house has been converted into a snack area with glorious views over the ocean. Also of interest are two short but worthwhile nature trails leading off in opposite directions from the lighthouse. (The trails were built with funds from Carnival, who have ‘upgraded’ several island attractions). The lighthouse is about 5 miles from the cruise center, and is another stop made by the Guana bus.