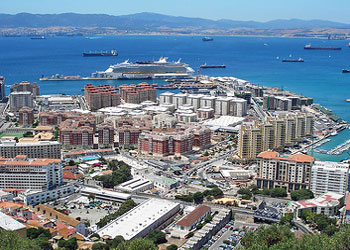 Cruise ship berthed at Gibraltar. The dock is about a mile from the center of town. 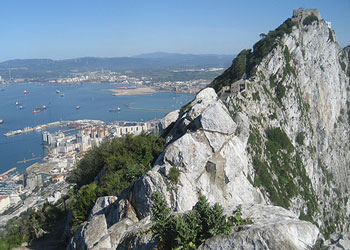 Take a cable-car from Main Street to the very top of the Rock of Gibraltar, a trip which takes just 8 minutes for bottom to top. The summit is 1400 feet high, and commands magnificent views northwards to Spain, and southwards to Morocco. There's a restaurant, bar and souvenir shop at the top station. 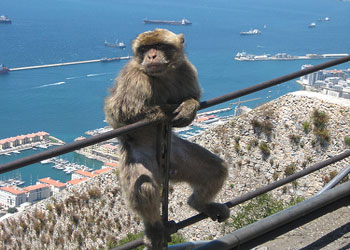 The cable car stops at Ape's Den, the hideout of the famous tail-less Barbary monkeys. Beware, because the mischievous imps love to snatch cameras, sunglasses, hats and purses. You may also be tempted to buy one of the very cute stuffed monkeys on sale throughout the island. 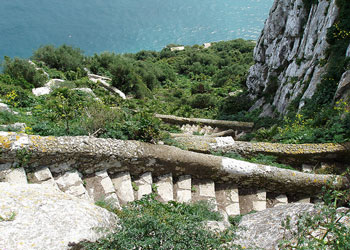 If you're the fit and active type, why not eschew the cable car and choose to climb the Rock via the Mediterranean Steps. These start at the Jews Gate entrance to the Upper Rock Nature Reserve, and wind their way for over a mile up numerous steps cut in the limestone to Signal Battery at the summit of the Rock. The walk takes about an hour and a half. 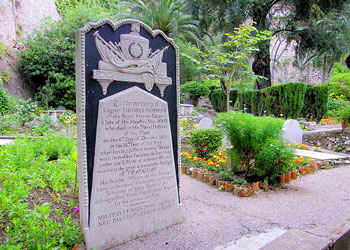 Of great interest to keen historians is Trafalgar Cemetery, near Main Street. Most gravestones there are for the dead from three yellow fever outbreaks in the early 19th century, but two commemorate officers who died in the Battle of Trafalgar. The stones carry very poignant inscriptions. 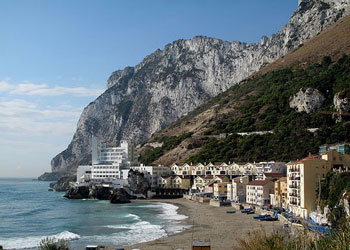 Catalan Bay makes a great venue for swimming, relaxing or just letting the world go by. It faces east towards the Mediterranean, so the sea is generally clear and calm.