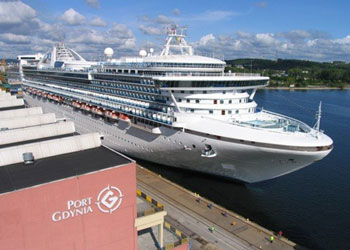 Star Princess berthed at the Francuskie dock, Gdynia, Poland. Cruise shops dock at a number of quays at Gydnia port, including Francuskie in the outer harbor, and Polskie or Stanow Zjednoczonych in the inner. To travel from the port to Gdańsk, you can either take the transport offered by the cruise line (generally either a tour or ‘On Your Own’), or you can take a cab to Gydnia train station, and catch a train to Gdańsk, about 12 miles (19km) away. Alternatively smaller cruise ships may dock at the Westerplatte terminal just 3 miles (5km) north of Gdansk's center. 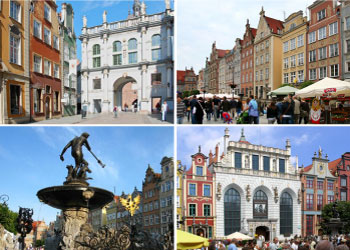 Gdańsk is thought by many the most beautiful city on the Baltic, with its historic and rich architecture from the era of the Hanseatic League. Sadly World War 2 saw the destruction of most of the buildings in the city center, but they have since been carefully rebuilt and restored. A walk down Royal Way starting from the Upland Gate and finishing at the Green Gate follows the King of Poland’s processional route of the 17th century. There are a whole host of magnificent buildings to see, such as the Golden Gate with sculptures which speak of the resident’s virtues, Freedom, Peace, Wealth and Glory, Ulica Długa (or Long Street), lined by a series of colorful merchants’ house, with gabled roofs and ornately decorated frontages, Neptune’s fountain, a superb bronze statue which has been a focal point of the Long Street since 1633, and Artus Court, a meeting and trading place for merchants and patricians. 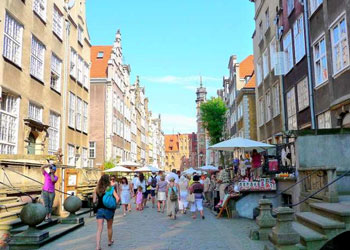 Gdańsk’s St Mary's Street (ulica Mariacka) is another ‘don’t miss’ sight. It’s an attractive cobbled street lined with shops, amber galleries, restaurants and cafes. At the top of the street stands St Mary’s basilica, the largest brick church in the world. Here you can see a fascinating astronomical clock dating from 1464, and climb to the top of the tower for wonderful views of the city. 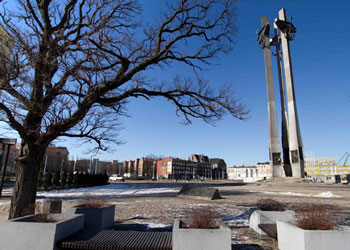 A short walk from Old Town takes you to the Monument Of The Fallen Shipyard Workers erected next to what was Gate 2 of the Lenin shipyard. The statue commemorates the death in 1970 of 45 members of the Solidarity (Solidarność) trade union during protests against the communist regime. 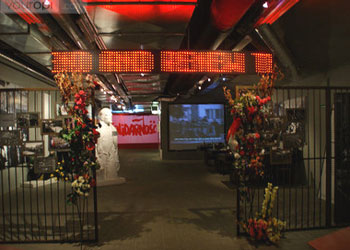 The engaging Roads To Freedom Exhibition, near the Shipyard Workers Monument, details the history of Poland from its inclusion as a satellite state of the USSR in 1945, up to its first democratically elected government in 1989. 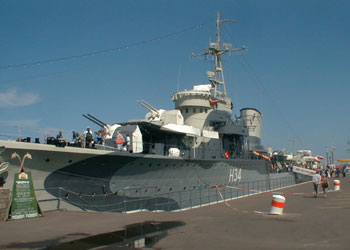 Back in Gydnia, if you have any time to spare and have an interest in WW2 naval history, a visit to the ORP Błyskawica is well worthwhile. The ship is the oldest preserved destroyer in the world, and is kept in remarkably good condition as a museum by a team of sailors from the Polish navy.