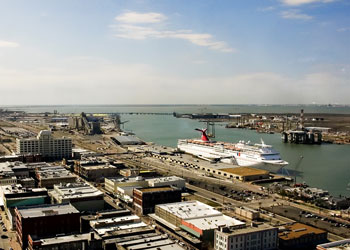 Carnival Conquest tied up at Galveston dock. The prominent white building to the left is the railroad museum. 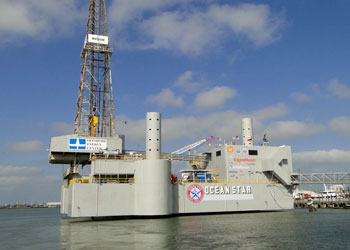 The Ocean Star Drilling Rig and Museum occupies an old rig which actually operated for nearly two decades in the Gulf of Mexico. See video presentations and exhibits detailing seismic exploration, drilling and oil production. The museum is open to the public daily, and you should set aside about an hour for a self-guided tour. The museum is sited next to the cruise port. 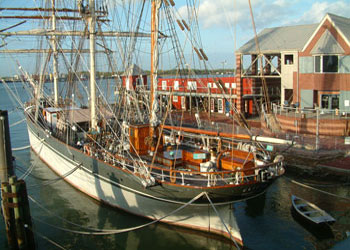 Check out the Texas Seaport Museum to see the 1877 sailing ship Elissa, which operated as a cargo vessel for nearly a century. The ship first called at Galveston back in 1883. Walk the decks to imagine life on a merchant sailing ship in the late nineteenth century. The museum is positioned a short walk from the cruise port. 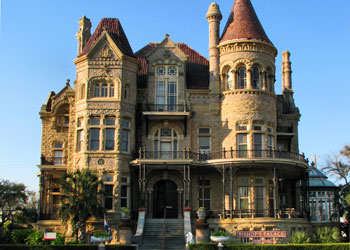 If you can only see one of Galveston's historical gems, many would recommend splendid Bishop's Palace. The house was constructed during the golden age of Galveston prosperity in 1892 for the railroad businessman Walter Gresham and his family. The house is ornately furnished with many original fittings like bronze statues, stained glass windows and rare wood paneling. The Bishop’s Palace is sited on Broadway Avenue on the southern side of the East End, Galveston’s historic area. 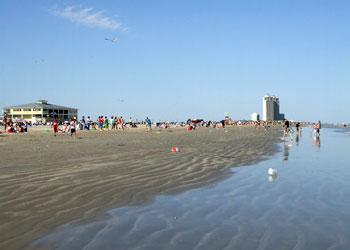 Stewart Beach park features showers, a snack bar, restrooms, umbrella and beach chair rentals and an outdoor pavilion. During the summer, the beach is swept clean regularly, and patrolled by lifeguards. Head a short way westwards from the beach to stroll along Galveston’s famous sea wall, which has succeeded in protecting the city since its building following the 1900 storm. Stewart Beach Park can be found around a mile south east of the cruise terminals. 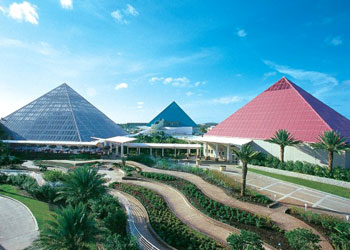 Moody Gardens began in the 1980s as the Hope Therapy horse riding program for individuals who had suffered head trauma. The park has grown into a huge attraction, boasting three gigantic pyramids, and the Hope Therapy progam still has an important part. Enter the Aquarium pyramid and tour the South Atlantic, the Caribbean and the North Pacific. See Rainforest Pyramid with over 1000 types of luxurious plants from the rain forests of Asia, Africa and the Americas. Explore the interesting world of science at the Discovery Pyramid which puts on a number of absorbing exhibitions. Moody Gardens also offers a golf course, the Palm Beach water-zone and a bayou paddle wheel boat trip. Moody Gardens is positioned by Galveston’s Scholes airport, around 2 miles south west of the cruise port.