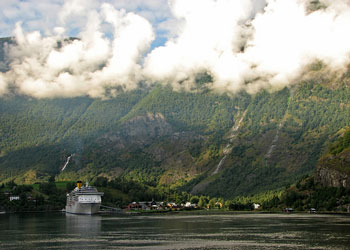 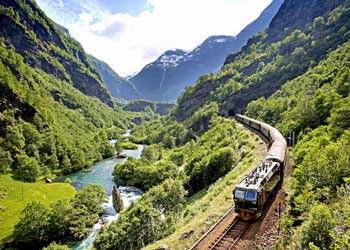 The famous Flam Railway is one of the steepest and most exciting railway journeys in the world. The electric train climbs 20km from Flåm to Myrdal, to connect with the Olso to Bergen line. On the ride you’ll see thunderous waterfalls, snow-capped peaks, impossibly deep ravines, and traditional mountain fams hugging the steep slopes. The line is standard narrow gauge, not cogged, and even winds back and forth inside mountain tunnels to keep the incline within limits. Flåm railway station is conveniently sited just next to the cruise shp dock. If you’re DIYing it, be sure to queue early for tickets, as the train gets very crowded, or perhaps book in advance online at www.nsb.no. 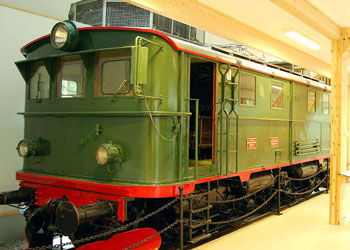 To learn about the amazing feat of engineering needed to build the railway, visit the Flam Railway Museum. The facts speak for themselves, like ‘the tunnels add up to 5692 meters’,‘each metre of tunnel took one laborer a month’, and ‘the locos have 5 different brake systems’. The track was finally completed during World War II, at the insistence of the occupying Germans, taking a total of 16 years to build. The museum is sited next to the station. 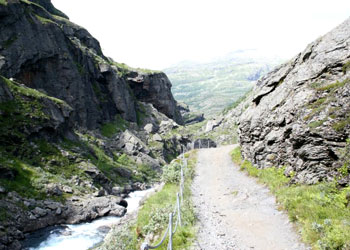 The Rallarveien (or Navvies Road) is the old construction road that follows the railway all the way from Flåm to Myrdal (though not through the tunnels!). You can get off the train early at one of the stops on your return from Myrdal, and hike the path back to Flam. Be warned though, the route can be busy with off-road cyclists. 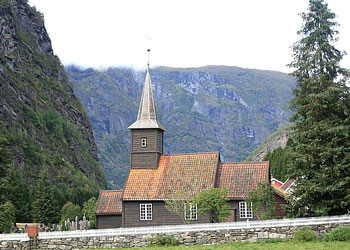 Next to the Railway Museum you’ll find the tourist office where you can buy a map of the local hiking trails. One of the most interesting of these is the short walk up to Hareina church, a picturesque wooden church dating back to 1667. It’s possible to return to Flåm by the path on the western side of the valley for close up views of the spectacular Brekkefossen waterfall. 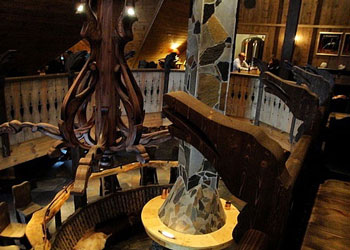 Flam Brewery and Pub (or the the Ægir Brewery and Pub) sells an excellent range of handcrafted beers. The brewery is located in a characterful building styled after a Viking stave church. The interior is equally stunning, with a giant fireplace in the middle surrounded by copper brewing vats. Wooden statues of mythical Norse heroes complete the look. The bar, in a room beside the brewery, is open from noon during summer (not Sundays). A tour of the brewery is only available to groups.