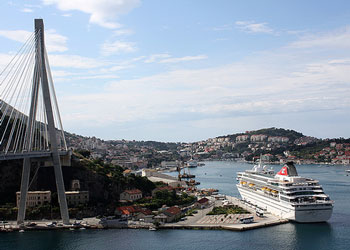 Dubrovnik is a UNESCO world heritage treasure site thanks to its magnificent medieval-era walled city. Large cruise cruise berth at Gruz (pictured here), about a mile north west of the old city (a 15 minute shuttle bus ride). Small cruise ships may anchor in the bay by the old city, and tender passengers into Old Harbor. 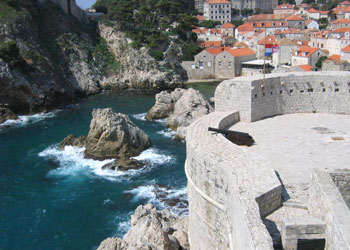 Dubrovnik's Old City Walls completely encircle the old city. It's possible to walk along them the whole way around (1.2 miles), but there are lots of steps and slopes, so be wary if you're not fit. There are only two stairways which access the wall, the most convenient being at Pile Gate. The views are magnificent, over the sparkling Adriatic one way, and the ancient tiled roofs the other. 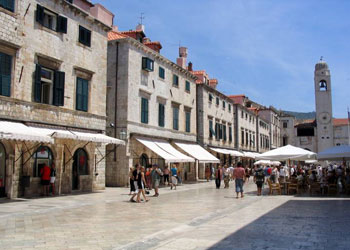 Placa is the main thoroughfare through the old city, completely surfaced with marble. Its west end is marked by the Onofrio Fountain rotunda (constructed in 1438), and at its east end you'll find the Orlando Column (dated 1419) at the center of Luza square. Around this square are perhaps the finest collection of sights in the city, including the Sponza Palace and St Blaise's Church. Lots of cafes and restaurants line either of the Placa, perfect for a drink or light lunch. 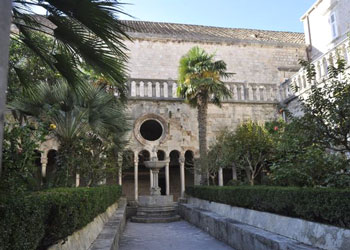 Just north of the Onofrio Fountain rotunda on the Placa lies the Franciscan Monastery, interesting because as well as containing a museum, there's a beautiful walled garden, and a pharmacy that has been functioning since the 1300s (yes, you can still buy some aspirin!). 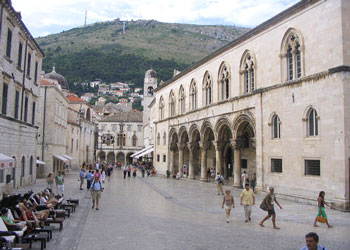 Running perpendicular to the east end of Placa is the street Pred Dvorom. Wander down Pred Dvorom are you'll discover the City Hall, the arcaded 14th Century Rector's Palace, and the Cathedral. 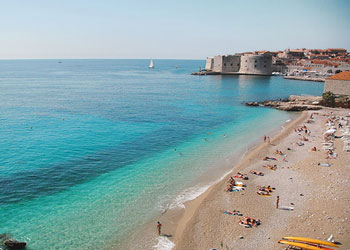 Banja Beach is pretty and often crowded beach a short walk from the east side of the old city (via the Ploce Gate). The pebbly shore slopes gently into calm turquoise Adriatic, perfect for swimming. It's possible to hire an umbrella and sun lounger, or relax and enjoy a drink at the beach bar.