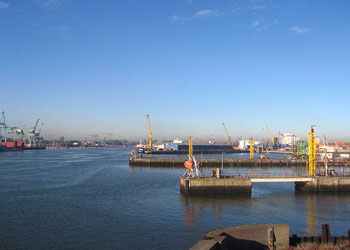 The port of Dublin, Ireland. Cruise ships dock at the Port of Dublin’s Alexandra Quay, on the north bank of the River Liffey. From here it’s a short 2 mile trip by shuttle bus to the city center. 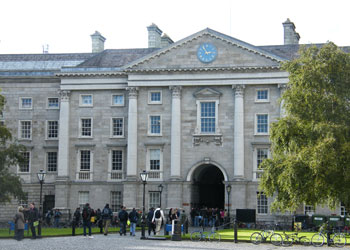 Established by Elizabeth I in the late 16th century, Trinity College (originally called the University of Dublin) is Ireland’s foremost university. At first the university was open to both Protestants and Catholics, but then in 1637 the university authorities determined to ban all Catholics from attending. The restriction was lifted in 1793, but the Catholic church responded with its own ban. Catholics only returned to study at the Universty in the 1970s. The University counts numerous famous people amongst its alumni, among them the writers Wilde, Swift and Beckett. Holding pride of place in the college's Old Library is one of Ireland's national treasures, the brilliantly illustrated Book of Kells, dating from the 8th century. 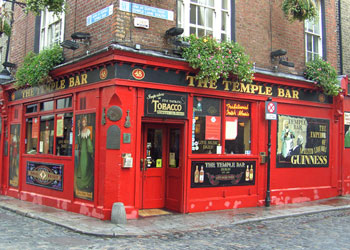 Popular with tourists and locals alike, Temple Bar is a lively area full of pubs, cafes, restaurants, small galleries, and souvenir shops. Many of the pubs offer live Irish folk music, jigs and reels played by fiddle accompanied by bodhran. 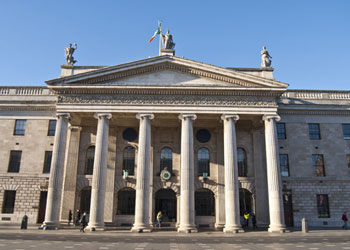 Walk northwards from Temple Bar to cross the River Liffey by Ha'Penny Bridge. The halfpenny toll charged in olden days was enough to make many residents, including the poet Yeats, take the longer crossing via O’Connell bridge. Carry on to the imposing General Post Office. The building is steeped in history – it was the headquarters for the leaders of the Easter Uprising of 1916, and was repeatedly shelled by the British military. You can still see the bullet marks in the stone columns of the building’s facade. 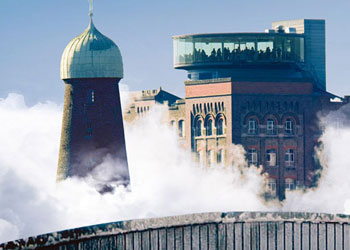 The welcoming Guiness Storehouse is a part of the enormous Guinness Brewery located at St James Gate, off Thomas Street. Here you’ll learn about the ingredients and craft of brewing, before finishing your visit in the Gravity Bar at the very top of the building. Sit back, relax and enjoy a pint of Guiness while looking out over panoramic views of the city. 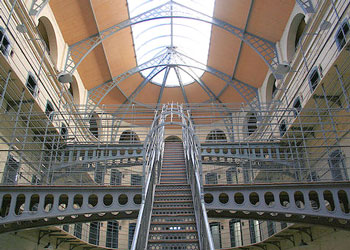 Kilmainham Gaol was closed in 1924. It is now a museum, giving many insights into the sufferings of the Irish people under colonial rule. Exhibits chronicle the political and penal history of the prison. The prison is 2 miles west of the city center and can be easily reached by bus.