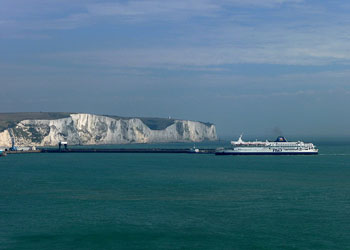 Ship Entering Port with White Cliffs of Dover in the Background 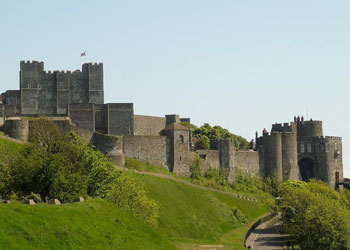 Defending the nearest English port to France, Dover Castle has played an important part in the history of England since the Roman era. A large part of the castle dates from the mid 12th century, when Henry II ordered the building of an enormous keep surrounded by thick walls and fortified towers. Tunnelled into the chalk ground below the castle are the atmospheric Secret Wartime Tunnels originally built in Napoleonic times. The tunnels were utilized in World War II as an operation center and a hospital. 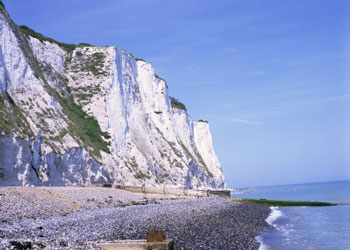 The White Cliffs of Dover are southern England’s most famous landmark, and from their tops, on a day of good visibility, you can make out the cliffs at Cap Griz Nez in France. One idea is to take the bus to St Margaret’s Bay, then hike the 4 miles back to Dover following the well-marked path along the cliff tops. 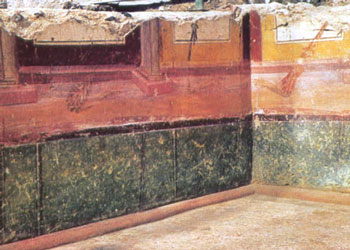 Originally excavated in 1970, Dover's Roman Painted House is now preserved from the elements by a specially built modern building. The house's standout attraction is the spectacular wall art, the best preserved in situ Roman plaster decoration north of the Alps. During summer the house is open daily except Mondays. 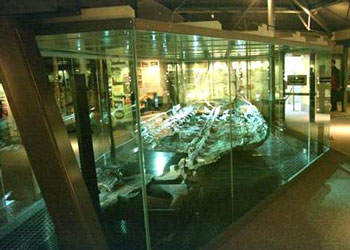 The centerpiece at Dover Museum is a Bronze Age Boat, which is around 3500 years old. The boat was found during the construction of foundations for a new road in the town center. A section of the boat was left underground, being wedged under buildings. The museum boasts a number of other collections, which details the history of this important and wealthy area from the Iron age to modern times. 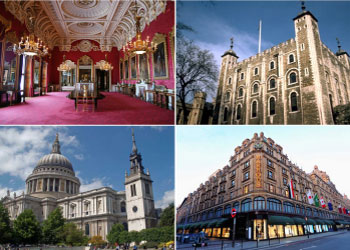 London is the UK's capital city, and has a rich history stretching back to Roman times. The following is just a small sample of the whole host of attractions to see. Marvel at the State Rooms at Buckingham Palace, open during summer. Hear about the bloody reputation of the Tower of London, on a tour with a Beefeater guard. Climb the Dome at St Paul's to the Whispering Gallery and test for yourself the claim a whisper can be hear 100 feet away. Shop until you drop at one of the best department stores in the world, the amazing Harrods. London is a popular shore excursion from Dover, reached by a two hour coach journey.