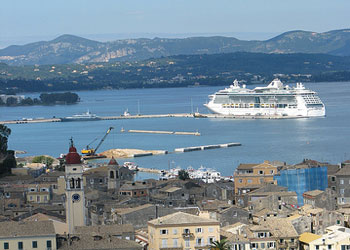 Cruise ships dock at the New Port of Corfu (Neo Limani), which is situated about a mile west of Corfu old town. There is usually a shuttle bus into the main terminal, and from here you can pick up another shuttle into Corfu old town. 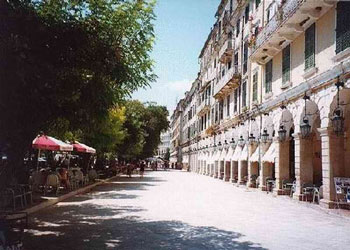 Corfu Old Town sits nestled between the Old Fortress to the east, and the New Fortress to the west. The town is generally very well preserved, reflecting over a thousand years of European history. A substantial part was built in the 400 years when Corfu was in the Venetian Republic, so the streets, alleys and squares have a distinctly Venetian feel. The central part of town is of later origin though, designed mostly by the French. Here you'll find the Esplanade (or the Spianada), the central square, which is bordered by some of the architectural treasures of Corfu old town - the Liston, the Palace of St Michael, the Ionian Academy and Saint Georges. The square is full of friendly tavernas and cafes making it a great place to relax and watch the world go by. 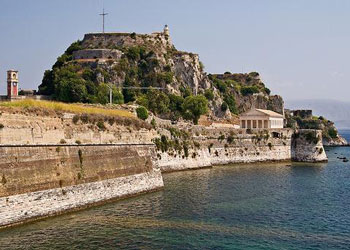 The Old Fortress is built on the rocky peninsula jutting out to the east end of Old Town. The Fort has its origins in the 16th century, when Corfu was under the protection of the the Venetian Republic. The town was suffering continual harassment from the Turks, and the Fort was built to deter attacks. The large and rambling structure is great fun to explore, but the highlight for many is the beautiful view from the castle walls, of Albania to the east, and Corfu island to the west. 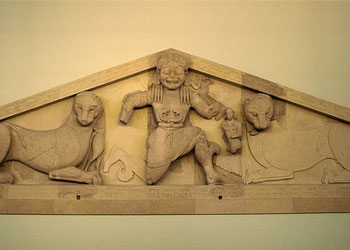 A real must-see for history-buffs, the Archaeological Museum has a fascinating range of exhibits. The museum was originally built with the express purpose of showcasing one particular find, a spectacular pediment depicting the Gorgon, dating back to the 6th century BC. Medusa is depicted with a winged back, winged sandals and serpents writhing from her head (don't forget to take a mirror with you on your visit, or better still employ Perseus as your tour guide!). The museum is located along the seafront a short distance to the south of Corfu old town. 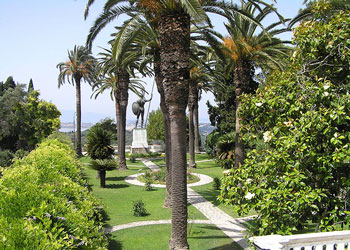 Achillio Palace, in the Village of Gastouri, was constructed in the late 1890's for the Empress of Austria, Elisabeth von Wiltelsbach (more often called Princess Sissy) by the famed Italian architect Raffaele Carito. The stars of the mansion are two huge bronze statues of the Greek mythical hero Achilles. Another fabulous sight is the Colonnade of the Muses -- a gorgeous terrace lined with statues of greeks gods, heroes, philosophers and poets. The palace is about 10km south of Corfu town, just 20 minutes by bus (occasional service). 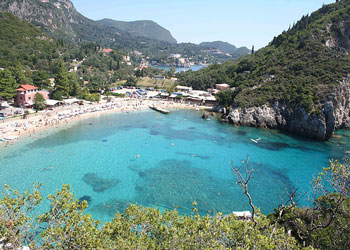 Corfu town is not blessed with great beaches (there's only one to mention, Mon Repos, but this is a very thin and characterless strip of sand). So head west to Paleokastritsa, where you'll find a picturesque village in a gorgeous setting. The monastery of the Virgin Mary stands on a tree-clad hill-side above, overlooking the village in its beautiful bay of impossibly turquoise waters. There's a marina, and an absolutely lovely beach. Boat trips from the small pier to the nearby rock grottos are very popular. Paleokastritsa is situated 16 miles north-west of Corfu Town, and is served by a bus every hour.