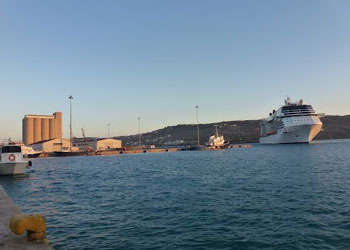 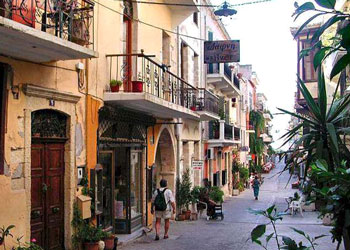 Delightful Chania Old Town is centered around the old harbour and the narrow alleyways with shuttered houses behind. The buildings date back to the 17th century, when the Venice Republic bought the island of Crete, and developed Chania as a major center for shipbuilding and trade. Stroll through the cobbled streets and visit ornate churches, quiet squares, bubbling fountains, and boutique shops. Stop at an inviting taverna for a refreshing drink. 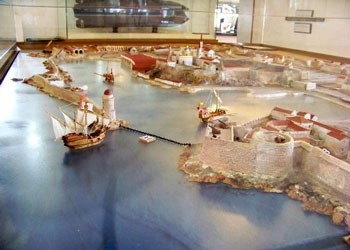 Chania’s Maritime Museum is housed in the Firkas fortress, on the western side of the harbor’s mouth. The museum features a whole range of nautical paraphernalia including models, navigating instruments, armaments, and paintings. A favorite exhibit is a model Chania port in Venetian times. 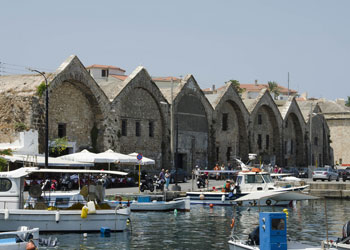 If you continue anti-clockwise around the harbor from the Firkas fortress, you’ll pass a series of impressive Arsenals, shipyards constructed by the Venetians. Originally there were 23 shipyards split into two complexes, 15 in the middle of the harbor, 5 to the east. 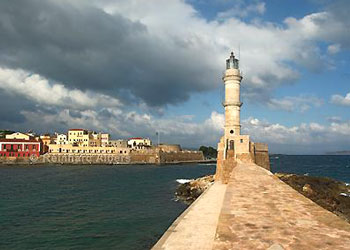 Carry on on your circumnavigation of the old port, and eventually you’ll arrive at Chania Lighthouse, standing on the eastern side of the harbor’s mouth. This is the oldest lighthouse in Greece, and was originally constructed by the Venetians in the 16th century. It was rebuilt in Islamic style during the 1800s by the Turks. 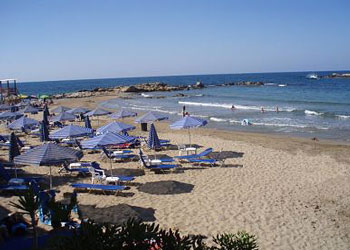 Nea Chora is the closest beach to Old Town, at around a 10 minute walk west from the Firkas fortress. The golden sand stretches on for about a mile, curving around the bay. Enthusiastic (many would say foolhardy) swimmers can swim the half-mile to the tiny island offshore. Facilities include sun-bed and sun-umbrella hire, and showers.