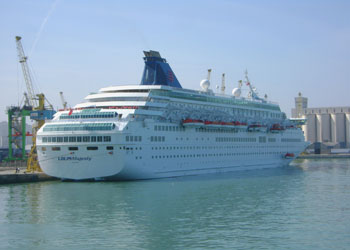 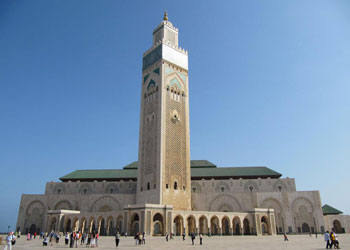 Casablanca's main highlight is the enormous Hassan II Mosque, built in the late 20th century on a rocky stretch of Atlantic shoreline about a mile and a half from the city center. It took over 3000 Moroccan craftsmen to create the magnificent mosaics, superb vaulted ceilings, and beautiful marble floors. The mosque also boasts the world’s highest minaret, soaring over 600 feet above the city. Non-muslims are allowed in the mosque, as long as they join a guided tour. The mosque is located about a mile west of the port. 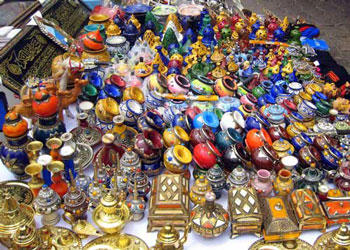 Little remains of the old walled city of Casablanca, as the Old Medina was mostly destroyed by an earthquake in 1755. As it is now the Medina is mainly of 19th century origin, with a mixture of western and Islamic architectural styles. The easiest entrance to find is the gate by the clocktower, just off Place des Nations Unies. Inside you’ll find a network of narrow alleys, lined with small shops and stalls selling selling food, pottery, traditional caftans, local crafts, leatherware, clothes, and jewelry. The Old Medina is between the port and the Hassam II mosque. 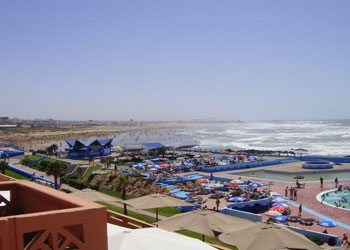 Starting from the lighthouse of el-Menara, in front of the Boulevard de la Corniche, there is a long sandy beach with swimming pools, cafés, and restaurants. The area is called La Corniche and makes a great place for a walk along the coastline checking out the Moroccan approach to beachlife. La Corniche is located about 3 miles west of the port. 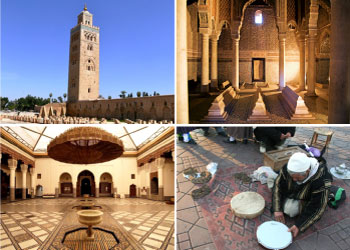 It’s a 3 hour coach ride from Casablanca to Marrakech, but for many it’s worth it to visit Morocco’s most celebrated tourist attractions. See the 12th century Koutoubia Mosque, the ornate Tombs of the Saadian Kings, the harem's quarters at Bahia Palace, and the snake charmers and acrobats of the city’s famous Jemaa el-Fna square. 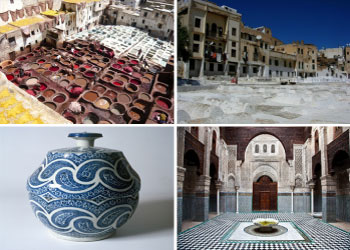 Fez (or Fes) is arguably the most historic of Morocco’s four ’imperial’ cities and a day-long excursion will take you to the highlights of this magnificent city. See the ancient Medina Fés El Bali, a market where each souk is dedicated to a particular craft, the Mellah, an ancient Jewish Quarter, the Dar Batha Museum which features a spectacular display of fez blue Moroccan pottery and the grand Medersa Attarine, a 14th century teaching center furnished with beautiful tiles, mosaics, stucco and carvings.