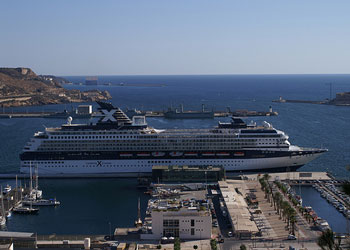 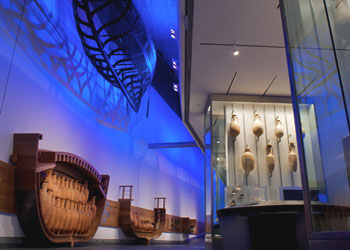 The National Museum of Underwater Archaeology offers a great experience to the visitor, mixing archaeology with exciting interactive displays in an impressive modern display space. One of the galleries brings early boat construction to life by showing replica cross-sections of four boats; a Phoenician boat, a Greek merchant’s cargo vessel, a Roman merchant’s ship, and a boat from medieval times. The museum is on Paseo de Alfonso XII just 200 yards (200m) inland from the cruise dock, Closed on Mondays. 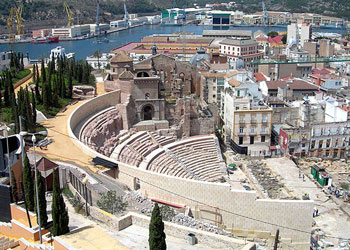 The entry to Cartagena’s superb Roman Theater is via a museum. The engaging and attractive exhibits introduce the visitor to Roman times in southern Spain, then a short tunnel leads to the site itself, a huge (1000 seat), well-preserved Roman amphitheater. The theater is a short ¼ mile (400m) walk from the cruise dock. Closed on Mondays. 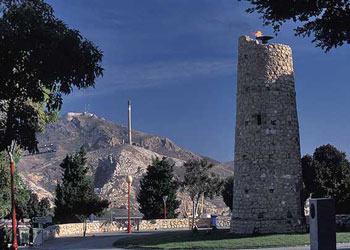 Concepcion Castle is the ruins of an impressive fort that was part of the city’s defenses in medieval times. There’s a small visitor center with displays detailing the history of the castle and Cartagena. The magnificent view from the tower encompasses the town, harbor and surrounding hills. To reach the castle from the cruise port walk rightwards along the old wall, then turn left onto Calle de Gisbert from where the castle can be accessed via a tall glass lift. 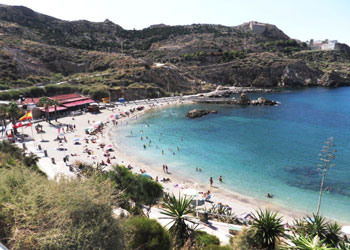 If you’re up early in time for sail-in, you’ll spot Cala Cortina just to the right before the cruise ship enters port The beach is a lovely curve of sand in a horseshoe shaped bay. Rocky promontories at either end of the beach offer excellent snorkeling. Facilities include restrooms, showers and a small café/restaurant. The beach is about 2 miles (3km) from the city, and can be reached by by taxi, or by bus (every hour and a half from Plaza de Espana). Alternatively make use of the free bicycle system (take your passport to any of the tourist information offices to get a key). 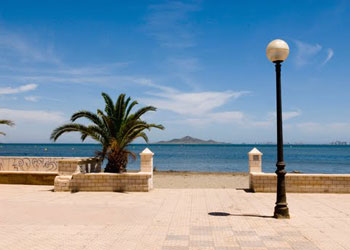 A great way to get a feel for the countryside in this area of Spain is to take the narrow gauge railway from Cartagena to Los Nietos, a fishing village which sits on the inland sea Mar Menor. The scenery along the route is beautiful, as the railway cuts through the hilly Sierra Mineras. Los Nietos boasts a long and sandy beach, backed by a wide promenade. To catch the train go to the FEVE station (just past the bus station on Av de Trovero Marin). The trains are frequent (every 30-40 minutes) and the journey takes about ½ hour.