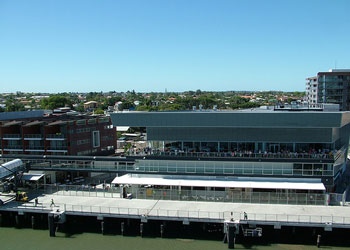 Brisbane, Gateway to the Sunshine and Gold Coasts

Brisbane, on the eastern seaboard of Australia around 600 miles north of Sydney, is the continent’s third largest city with over 1.5 residents.

The city originally started out as a penal colony. In the mid 1820s a convict settlement was relocated inland from Redcliffe to a patch of ground on the Brisbane river - this area of land is now home to the central business district. The opening tally of convicts was just 45 men and 2 women. In the late 1830s the area’s suitability for farming, fishing and timber felling led to the region being opened for settlement by free men. In 1859 following Queen Victoria’s Queensland Proclamation, which declared Queensland a separate colony to New South Wales, Brisbane was picked as the colony’s capital. This led to an upswing in commerce, and by the end of the century Brisbane was the principal center of industry in the area.

In the 20th century Brisbane grew into a large urban conurbation as suburbs of low density housing spread over a large area.

Today Brisbane ranks as one of Australia's most prestigious cities. It is welcoming to incomers, who hope to try out the continent’s 'New World' city, popular with tourists, coming to enjoy the many sights, and vital to numerous companies, wanting to be part of an important mining industry hub.

Cruise ships dock at 2 locations, Portside Wharf, a homeport terminal at Hamilton near the city center, and the Port of Brisbane's Multi User Terminal, a day call facility at Fisherman Island 15 miles east of the city center.

Portside Wharf is a stylish development encompassing bars, residential housing, shopping and plaza. The river frontage of the complex serves as a state-of-the art cruise terminal. Facilities available include check-in desks, security, baggage handling, quarantine, immigration and cash machine. Portside Wharf can berth just one ship of up to 270 meters in length. Downstream, the 50m high Brisbane Gateway Bridge imposes restrictions on the size of vessel that can use the terminal.

Day call cruise ships berth at the Freight Terminal beside the Grain pier at the Port Of Brisbane on Moreton Bay. The facility is also capable of handling large ships, up to 350m in length. There are no public transport services linking the terminal to Brisbane, so cruise passengers have to use buses organized by the shipping agent.

A wide range of cruise vacations are on offer with durations of 7, 14 nights or even longer. Sail northeast to the sunny New Caledonia and Vanuatu islands to relax on a warm beach, or travel north to the picture-perfect Whitsundays to snorkel in crystal clear waters teaming with marine life. Longer cruises are also available, such as to exotic Papua New Guinea, and the epic circumnavigation of New Zealand.

Things To Do In Brisbane

Walking tour
A self guided walking tour is ideal for an inquisitive explorer who would like to learn about the history of the city. You can pick up a walking tour map at the central Visitor Information centre situated on Edward Street in Queen Street Mall. Historical sights to visit include George Street Mansions, home of Queenland's first woman doctor, the Commissariat Store, a center for the reception storage and distribution of food to the Moreton and Brisbane penal colonies, Parliament House, designed by the winning entry of an Australia-wide architecture competition, St Stephens, built in 1850 with a neo-gothic frontage and the Anzac Memorial, constructed to commemorate all Queenslanders who fought and died in WWI.

South Bank Parklands
The South Bank Parklands are located on the site of Brisbane's World Expo 88, and many of the buildings and art structures constructed for the event are still in situ. Walk along the Grand Arbour, a 1000m long patch beneath curling steel columns covered by a riot of flowers. Take time out at the Nepal Peace Pagoda, a magnificent recreation of a Nepalese Temple, popular as a wedding venue. Or have a picnic at Streets Beach, a wide curve of artificial sand fronting a blue lake.

South Bank Cultural Centre
Within a short walk of the CBD, the well-designed South Bank Cultural Centre features two significant art galleries, and an enthralling museum. The Queensland Art Gallery presents an impressive collection of paintings, sculptures, collages and mixed media art. The Gallery of Modern Art is devoted to works of art from the 20th and 21st centuries and includes cinematic and multimedia works as part of its collection. The Queensland Museum is the curator of Queensland's natural and cultural legacy with a selection of over a million objects providing an understanding into the state's fascinating history.

Surfers Paradise
50 miles south east from Brisbane (and even closer from the Port of Brisbane) lies Surfers Paradise, the hub of the famous Gold Coast. The city offers lots to do. Enjoy a long lunch in one of the casual beach restaurants. Shop in any of a huge number of attractive stores. Or revel in a refreshing dip in the magnificent Pacific on Main Beach.

Traveling to the Portside Wharf

Portside Wharf is well situated whether traveling by plane, cab, public transport or car. Set aside around half an hour for the transfer to the cruise terminal from the airport. 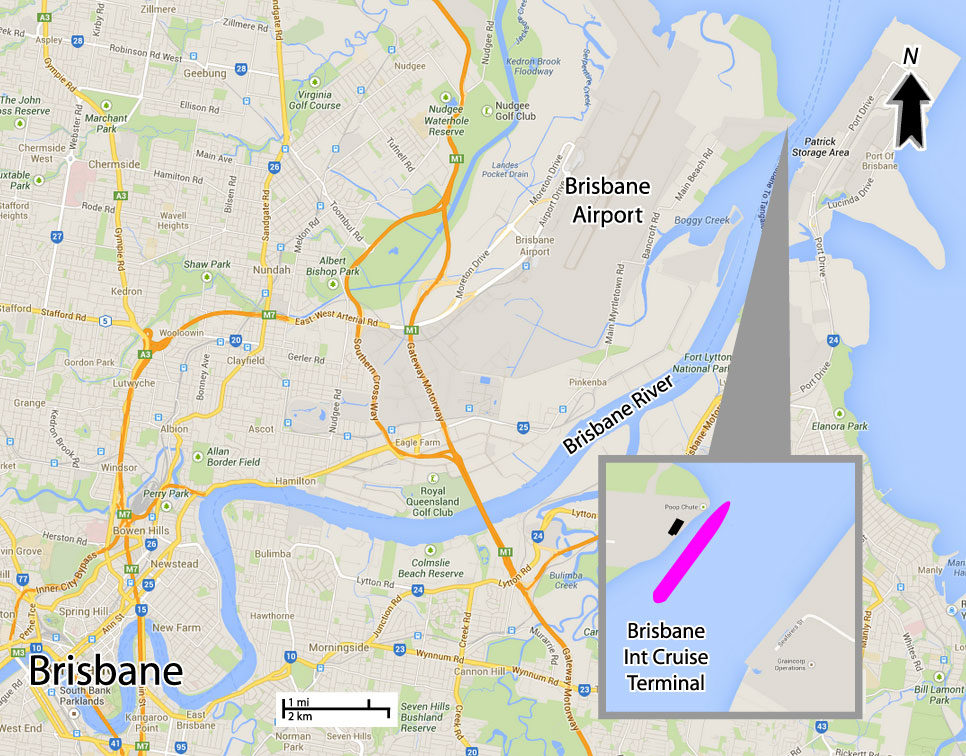